Social Networking to Make Tommy Trinder the Best Comedian Ever? 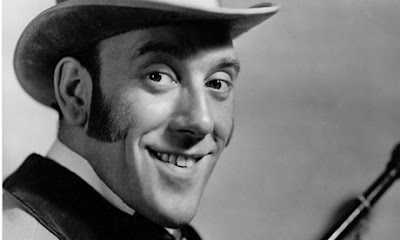 If it can knock the wind out of the types of Simon Cowell, whose most recent X-Factor winner failed to make the UK Christmas Number One (for the first time in five years) then it can only be supposed that social networking can do the same for Tommy Trinder (left).

Tommy who may well be your first reaction if you are under the age of seventy (and bless you if you are over that age and reading this).  Trinder was huge in the nineteen thirties onwards and is credited as one of the entertainers who helped keep a smile on the face of the British during the Second World War.  Later in his career he hosted Sunday Night At The London Palladium which often won audiences of over fifteen million people.  He died in 1989 and, as they say, was gone - and pretty much forgotten. 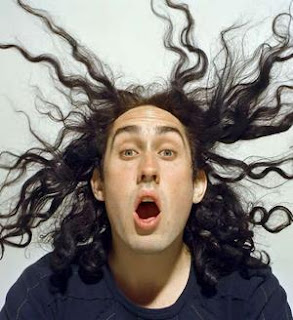 Now, however, it seems that his trademark Trilby hat, leering smile and wagging finger may win over a new generation, thanks to the (present day) funnyman Ross Noble (right).  The Geordie comedian has started a campaign on Twitter to coerce, sorry - persuade people to vote for the long dead Trinder in a poll of Britain's best comedians.  The next most obvious question is why?

Noble started his campaign because, as he sees it, Trinder was at the top of his game in the fifties and it would be something of a hoot for him to top the list.  There is an urge to attemp to skew the vote of British TV's Channel 4 - as they do not allow nominations.  Instead, the candidates for their 100 Greatest Standups is limited to one hundred and six pre-chosen candidates.  That's right, 106 in the whole history of the noble form. of standup  Oh dear.  No wonder Noble wants to have a little fun.

Bandwagon time (well, here we are after all).  Not to be outdone by Twitter, it hasn't taken long for a page to be urging members of the public to vote with Noble.  It has been set up by Simon Donald, the creator of the cheeky and irreverent British institution Viz magazine.  And why not.  The list itself is full of contemporary artists with only a few vintage comedians appearing on the list - let alone dead ones.  What's more, there are only a fistful of women appearing as part of the poll - something which has annoyed part-time feminists everywhere.  At least that's one thing. 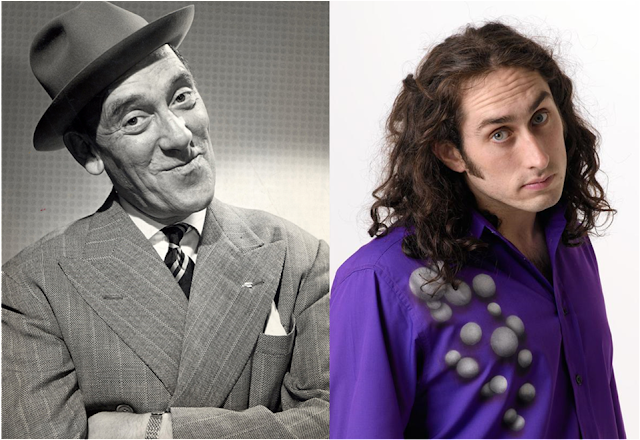 Here at Webphemera Towers, we firmly believe that Ross Noble has an ulterior motive for his little act of comedic altruism.  Take a look at the picture of the two of them together, above.  Now, you are not telling us that there isn't a similarity between the two.  We thinks that Noble and Trinder are in fact part of a hitherto unknown standup dynasty and the vote is being rigged in favour of the family firm.