SeeSaw - If You Love TV

This is a Sponsored Post written by me on behalf of . All opinions are 100% mine.

SeeSaw TV (and what a great name that is!) is a site dedicated to offering you the best of British TV online.  When you visit SeeSaw it isn’t just a single channel player – it is all of the terrestrial British TV channels represented.  So if you want to catch up with two shows, you will be able to find them on , whether or not they were on BBC, ITV or Channel 4 or 5. 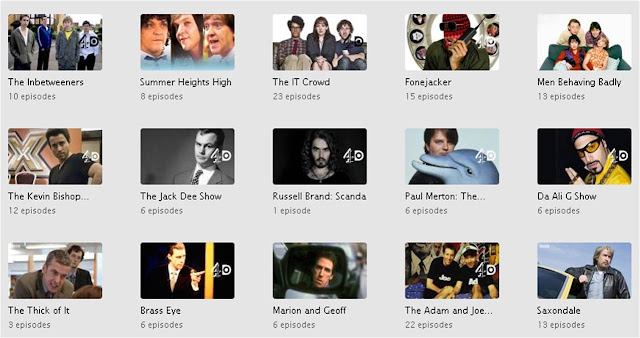 They have an excellent which you will probably (once you have seen it) want to stay on until your chuckle muscles are exhausted.  Above is just a selection of the great comedy shows that they have on offer.  So, if you want the bitter sweet humour of Marian and Geoff, the irony of Jack Dee or the deep belly laughs of the Ali G Show, they are all there for you.

With SeeSaw you have the opportunity of watching hundreds of shows for nothing – that is free, gratis, nada – or you can rent out premium shows (from both the UK and the US).  You can also catch up on those 40D and Demand 5 programs that you might have watched.  Of course, everything is above board and legal, so you don’t have to worry about that knock on the door.

Last but not least, you can share what you are watching with your friends on Facebook or Twitter.  Not that you want them to be jealous, of course! 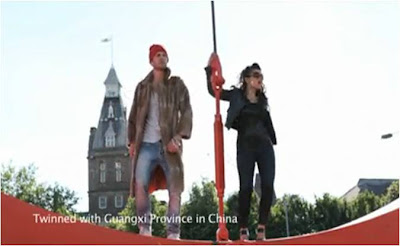 Alicia Keys, eat your heart out.  A small Welsh combo from Newport have taken her famous song Empire State of Mind and made it their own.  Where Key's song was a tribute to the massive metropolis that is New York this is an equally fond if grittier version in homage to the Welsh city (well, if you can call it that...) called Newport in the County of Gwent.

Even if you have never been to Wales you will get more of a flavour for the place - and it is the only song I have ever come across that successfully plants the longest place name in Wales successfuly in to the song.  I mean, really - what does go with Llanfairpwllgwyngyllgogerychwyrndrobwllllantysiliogogogoch? Loved the references to Tom Jones, Shirley Bassey and other find Welsh institutions too... Enjoy!

The song has a multitude of references - from the brand spanking newshopping centre and the infamous traffic problems outside the town to a picture of former Welsh rugby star Gavin Henson on a night out that you may find difficult to remove from your mind..

One can only hope that this viral video is the start of something.  After all the recent spate of Hitler videos came from a single brilliant idea which was then copied the world over.  Let's hope that these guys have started something big.
Posted by RJ Evans at 10:23
Labels: Cool , Music , Newport , Parody , State of Mind , Video , Viral , Welsh town

The Best Films of the Decade - This One! 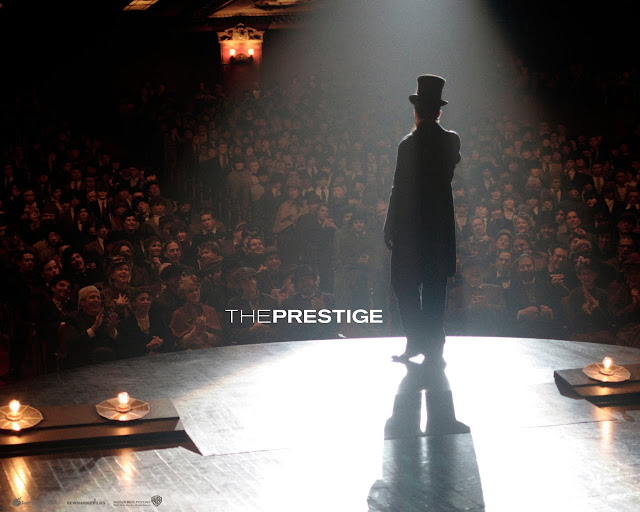 We love a good list to muse over here at Webphemera Towers, and being movie buffs this fascinating list of the top hundred best films of the first decade of the twenty first centure really got our attention - cue a very long (and sometimes emotional) arguement about the positioning of the films in this list.  You have to give it to them - the best films are most certainly there, such as The Prestige, pictured above.  However, what really got the goat of this particular blogger was their positioning, at number three, of There Will Be Blood.  This was a film that bored the pants off me (metaphorically, unfortunately) and made me numb to the core with its vile central character who showed no redeeming qualities at all.  As a Tragic Hero one of the rules of the game is that they realise their flaw, even as they die. Not in this movie.  Anyway, I pretty much agree with the rest of the list - generally!

It is a brave attempt, too, not to make such a list too Hollywood centric.  World Cinema gets more than a look in and a nod here.  Perhaps, after all, the age of great movies is not over - this list proves that lament to be unfounded.

The Frame: Trying to beat the heat 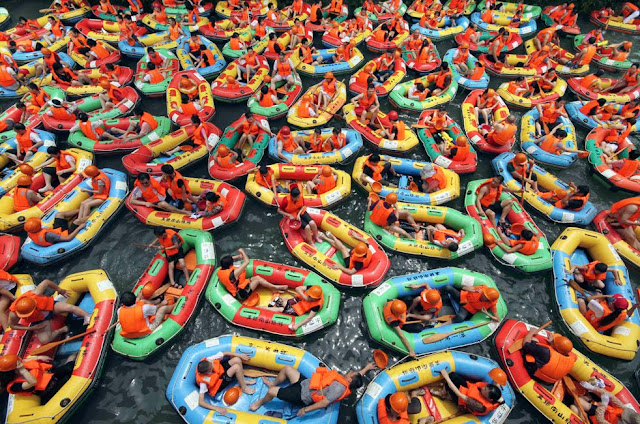 n this photo released by China's Xinhua news agency, participants wait for the beginning of drifting at a scenic spot in Jinhua, east China's  Zhejiang province, on Sunday July 11, 2010. Tourists from Shanghai and Hangzhou gather here for drifting and cooling off as the weather became hot at the beginning of July.  You can find this and many more amazing pictures of people cooling off on the , the photo blog of the Sacramento Bee.

Goodness only knows where this website got all these pictures from, but it must have been some labor of love to put them altogether.  100 (yes one hundred) weird accidents are catalogued here, in image form, and boy are some of them weird.  You can only wonder at what the people involved in these accidents were thinking at the time (when they were responsible). Certainly, the guy above must have gotten a certain sinking feeling!  OK, so the old ones are the, well old ones!

Because Every Country Is The Best At Something 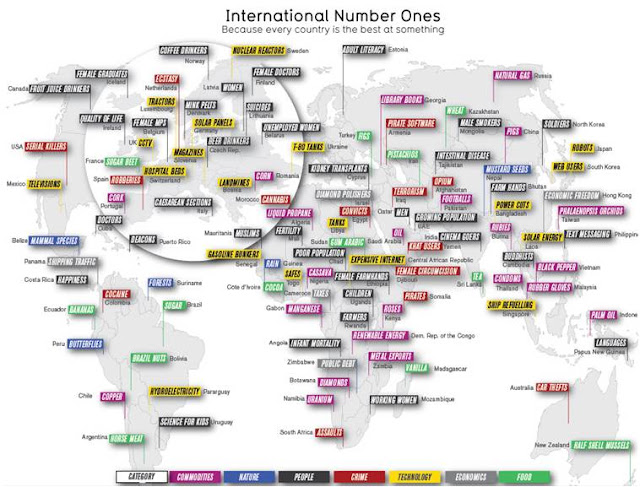 If, like us, you are fascinated by the cultures of different countries, then you should really take a look at this amazing website.  What we discover is basically that every country is the best at something.  Some have things to be proud of, such as the highest number of female doctors, for example.  Others, however, need to do something about their terrorists and their crime rates!  Great fun!

Because Every Country Is The Best At Something
Posted by RJ Evans at 11:32
Labels: Are , Best , Cool , COuntries , Different , Map , Statistics , what would you do , World 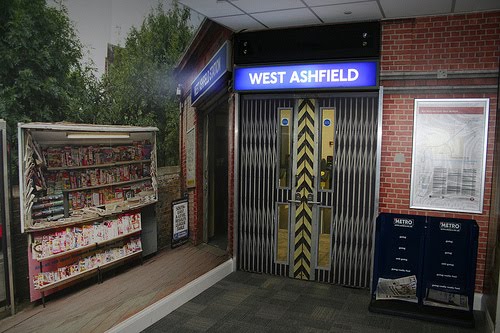 When we came across this article about the secret tube station in London, we had to look twice.  In fact, we had never heard of this mysterious West Ashfield station - we were quite flummoxed.  However, it turns out that this secret station has its uses.  Go to the article to find out what exactly they are.  Yet another cool article from a seriously cool website.

Over at Mix the Net, Darko Johnson has put together some very cool statistics about the average Stumble Upon User.  We won't give much of the game away because obviously that would be ripping off this very cool website, but above you can see a taster which links to the article if you click on it.  As you can see the bulk of SU users are committed to a certain browser called Firefox.  No surprise as SU works so seamlessly with Firefox but the huge amount who use it is quite staggering.  As Firefox is quite often in the forefront of things of a netty nature, perhaps Microsoft et al should start doing some serious sweaty.  The future's bright, the future's foxy!

Are you looking for a website where you can make your ultimate ?  Then you should look no further.  Sportsbetting.com is a site where you can create an with ease - no need to be a computer expert, it is all very straightforward to set up.

So, if you are in search of that perfect website on which to conduct your , then you should pay this site a visit right now.

Kids are great – we pretty much all agree on that – and they excel at all sorts of things.  One activity they are really good at is breaking up the furniture in the house (usually by accident, of course!).   So when we came across this brilliant idea for bunk beds we thought we just had to share them with you.  Let the kids try to break these!

It is one of a number of very cool rustic designs made by the family run company Scenic Furniture which provides a range of furniture in the rustic tradition.  As well as that classic rustic look these beds are sturdy enough to last your kids well in to their teens.  In fact, in all likelihood, they will still be around in plenty of time for you to provide your grandchildren with a cool adventure bed when they visit and they will get the extra fun of knowing that mom or dad slept there when they were that size too.  They really are wonderfully and sturdily produced, with built in ladders and wonderful splashes of color.

As well as bunk beds this company makes all sorts of different furniture in the classic rustic style.  Many of their pieces have the bark peeled away to reveal the real beauty of the wood below but much of it retains the original bark.  Check the website out.
Posted by RJ Evans at 09:20

One of the best ways to make money online is to .  At Advantage Brokers you will find all sorts of websites with good histories which are available to purchase online.  So, if you are looking to make some serious money with your websites, cut out the process of establishing an online process and consider buying one which is already well established.
Posted by RJ Evans at 10:45 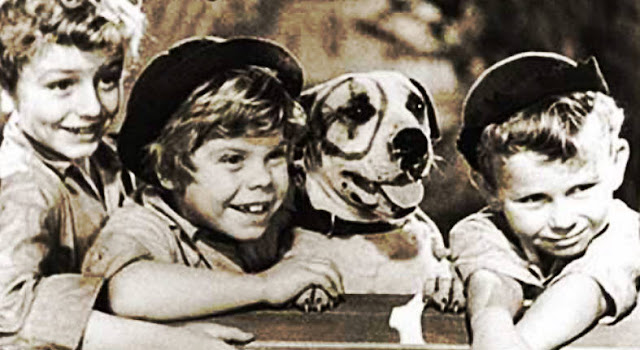 Like us you have probably asked yourself now, just what is the longest running film series in history. Well, look no further. The answer isThe Little Rascals and if you have just shrugged your shoulder then it is probably the case that you are under a certain age.  Although most silver surfers can't remember it on the silver screen, this hugely popular series of films gained a whole new lease of life with the advent of television.

10 Famous Pieces of Art Stolen By the Nazis 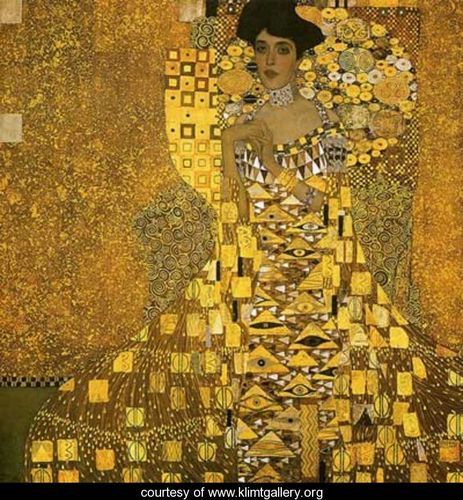 Over the course of the Nazi regime, from 1933 to 1945 countless priceless pieces of art were pillaged from all over Europe.  Although a lot of it was proscribed by the Nazis, if they didn't like it, then they knew a man who would as it were.  Rather than being destroyed many of these pieces would be hidden to be sold at a later date abroad.  Here are ten of these amazing pieces of art.
Posted by RJ Evans at 20:39
Labels: Art , Degenerate art , Expensive , Nazis , Piece , Pieces , Plundered , Priceless , Regime , STolen

Whaling in the 20th Century

Whale oil is still used to this day, as well as the meat, sold on the commercial markets in certain countries.

The Evolution of Whales Over the Centuries

Comparative Psychology suggests that animals tend to change when placed in certain surroundings that may altar normal behaviors. This may be caused by climatic changes, population growth, or possibly even being exposed to new form of species that intermix. This has been the case for the evolution of whales over the centuries. Why is it that whales are so diverse in their genetic makeup? The Evolution of Whales Over the Centuries
Posted by Lauren Axelrod at 00:32
Labels: animals , History , Marine Biology , odd , Photography , Whale
Newer Posts Older Posts Home
Subscribe to: