Stephen Gately is Dead But How Did He Die? 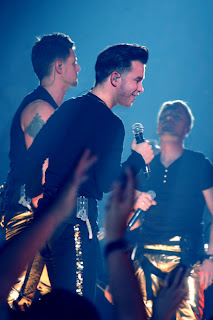 It seems that he went for a night out while on holiday with his partner, Andy Cowls, in Majorca and died later that evening.  It now seems that he may have died in his sleep.

The pair went out to a party and when they later retired to their bed(s) Stephen simply never woke up.  The singer, seen above in concert at Wembley in May 2009, was 33.

His fans are now demanding to know how he died. His death, just before the release of the Boyzone Greatest Hits album, is completely unexpected.  He wasn't exactly a Rolling Stone.

Current internet rumours seem to pointing towards a heart attack in his sleep.  However, this is yet to be confirmed.

New sources are saying that his body was discovered which implies that he was on his own at the time of his death.  Although there will no doubt be a post mortem the cause of death is yet to be determined.  Gately started his acting, singing and dancing career and joined Boyzone in 1993 when he took part in the now infamous dance routine on popular Irish TV host Gay Byrne's chat show.  Despite a start that was less than well received (bemusement both in the studio and at home as the boys simply danced - they were such a new group that they had nothing to sing) they went on to have six number one singles in the UK alone. 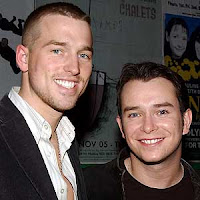 A year before Boyzone split in 2000, Gately famously came out as gay, one of the few performers in a popular boy band ever to do so.  He and his partner (right) had a civil ceremony in London in 2006.  The move to come out was a very brave move - he effectively came out before he was pushed by the tabloids.  This was at a time when members of boybands really didn't do that kind of thing.  He had some solo success with three top twenty solo singles and appeared in a number of West End musicals.


Louis Walsh, who managed the band has said that he is in complete shock at the news.  Certainly, the pair had last been together on Monday 5 October at an awards ceremony.  Walsh - and the other members of the band - are as much in the dark as the rest of us at the moment as to the cause of death.  They are expected to fly out to Majorca today (Sunday) in a show of support for Stephen and his family.  The last Twitter announcement by the singer stated that he was going to stay quiet for a while and concentrate on writing a book. 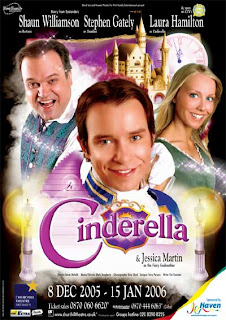 Although his career had not been as high profile since the band split up, Gately was pretty much down to earth and didn't mind doing all sorts of work to keep himself busy and in the public eye.  As well as playing Joesph in the Amazing Technicolor musical, he also did a stint in that great old British tradition, panto, at Bromley in 2006.

The news that the other members of the group were to fly out to Majorca was rather cynically received by a commentator on BBC TV Breakfast News this morning who implied that the other band members were only doing this to get their faces in the newspapers.  However, he was quickly put in his place by the host of the show.

Whatever the cause of death, this news has left thousands of fans in a state of shock.  Whatever has led to the death of the popular and versatile performer will, hopefully, be discovered in the near future.  In the meantime Boyzone are releasing their Greatest Hits album next week.  We will leave the cynics to comment on the timing.

Stephen Gately had genuine Irish charm, a cheeky twinkle in his eyes and at his height (so I am told!) dimples to die for.  He also seemed, in a sea of celebrity, to be someone who kept his feet firmly on the floor and was, by all reports, a lovely person to know.  He will be missed by family, friends and fans alike. 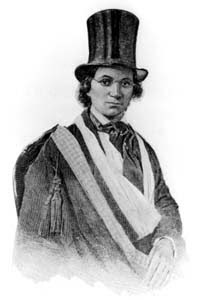 Georgia in the 1840s was not a particularly great place in which to be black.  Slavery was fully in place and everyday freedoms and travel were severely restricted for the burgeoning African-American population.  Little wonder then that Ellen Craft and her husband decided they would produce no children until they were free.  After all, their offrspring could ultimately be sold by their owners right from under their feet.  In a story that involves much derring-do and more than a little cross dressing the pair made their way to freedom. 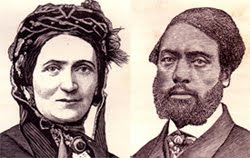 At age twenty she met William Craft who was also a slave. William’s owner rented him out to a carpenter and from the small amount of his wages his owner let William keep, he could save some money. Ellen loved William but she didn’t want to get married and bring children into the world as slaves. They considered escaping but how could they? There were no underground railroad stops here and it was a long dangerous journey to the north.

Written by
Posted by RJ Evans at 10:26
Labels: America , History 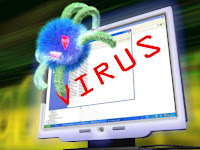 StarReviews provides written and video reviews on thousands of software, hardware, websites and services.  It is also extremely useful when you come to chosing .  I don't really have to tell you what can happen to your machine if a nasty virus kicks it in to touch - you have probably heard all of the horror stories already.  What I do know is that having gone through several virus attacks myself I want to be absolutely sure of the I buy now - and in the future.

Have you ever gotten a virus? Was it because you didn't have active ? How do you choose which antivirus software to purchase?  One of the best sites I have seen is StarReviews, as it is comprehensive and independent.  It is also easy to see which is the best for your needs.  If you don't have full protection for your PC, please think about it now - before it is too late!
Posted by RJ Evans at 22:49
Newer Posts Older Posts Home
Subscribe to: