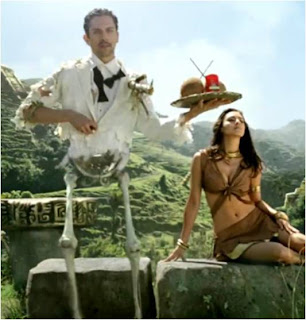 Wieden and Kennedy Portland’s new Old Spice campaign, Danger Zone, treks determinedly into the action-adventure genre with ‘Jungle’. The spot features a new Old Spice guy who will stop at nothing to meet his lovely lady. It was shot on location in Auckland, New Zealand.

It seems that the big challenge was getting all that action into one spot. The shoot included over a week of prep during which rehearsals meticulously choreographed encounters with a crocodile, jungle snakes, piranhas and a speeding truck.

Although puppeteered snakes and an animatronic croc were considered, their performances fell short. So ‘Jungle’s’ reptilian stars were created in CG. The Mill team faced some challenges creating the snakes, such as tracking on a white suit and getting the right movement and performance even as our hero moves so quickly through the jungle.

The crocodile scene depicted an aggressive croc with a humorous bent. A rig was placed on the character’s leg to pull his weight once he got bitten. Old Spice Guy pulls the crocodile along which is not what would really happen.  Yet this is an ad, after all!

‘Jungle’s’ last scene features our hero emerging from a lake of flesh-eating piranhas, but nonetheless as cool and debonair as ever. The actor was filmed in his chic white suit with blue leggings against blue screen; they were removed then a CG skeleton was matched to his legs. The Old Spice guy and his lady love were removed from the background and tracked in a CG matte painting. Dust particles, lens flares and foreground and mid-ground vegetation were then comped together.

So the new as has a bit of everything in there, from 2D trickery to high-end CG and animation – and very cool it is too!
Posted by RJ Evans at 09:48
Labels: CGI , Cool , Danger ZOne , funny , Jungle Wildnerness , New Old Spice Ad , New Old SPice Guy , Old Spice Guy

Silent Scream or is that Screaming Silence? 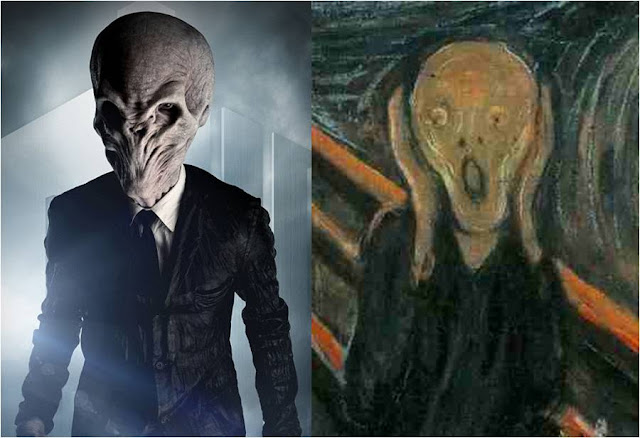 If you were watching TV last Saturday night you may well have had a sense of déjà vu but were not able to put a finger on it, quite. It seems the new 'Doctor Who' monsters The Silence are based on Norwegian artist Edvard Munch's expressionist painting 'The Scream'. So, if you were watching this marvelous slice of TV science fiction on Saturday and you thought I’ve seen that face before, maybe that is why.

Ironic, isn’t it? The Silence is based on The Scream!
Posted by RJ Evans at 19:51
Labels: based on , Doctor Who , Looks like , The Scream , The SIlence 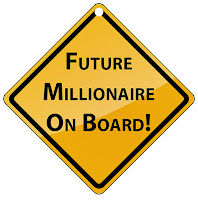 If you are wondering about how to manage your money and wondering how to prepare for your future then you should really think about reading The Millionaire Fastlane.

It isn’t one of those how to get rich quick books, but you may find that you cannot put it down once you have started reading it!
Posted by RJ Evans at 19:42

Do you have an annoying little friend who will not leave you alone?  No? Well, animation student Bryan Andrew Lee has one, in the shape of Douchebag Robot (no doubt DR to his friends) who likes nothing more than to make Bryan’s life an ongoing and persistent misery.

Personally, if I were Bryan I would dispose of Douchebag Robot as soon as possible, replacing him perhaps with Dirtbag Teddy or Jefkoff GI Joe.  Anything for a quiet life!
Posted by RJ Evans at 13:15
Labels: Alma. Animation , animated short , Cool , Douchebag Robot , fuuny

The Royal Wedding - But Not As You May Imagine It! 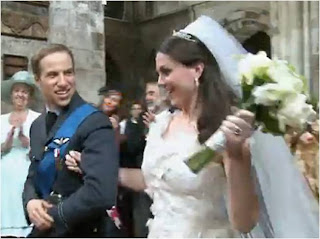 With the royal nuptials just a few weeks away, William and Catherine must be getting quite excited – which is more than can be said about the rest of the country. Over a third of the boroughs in the UK have not had a single application for a street party. Perhaps all the happy ever after stuff doesn’t quite rub anymore?

So, in order to pep things up a little bit, one of the UK’s leading mobile providers had re-imagined just how the royal wedding should be for the twenty first century. So, watch the wedding entrance dance to top all wedding entrance dances. Although we think that Camilla and Harry are the best lookalikes here, it is a whole lot of fun and in the spirit of the advertiser's recent Welcome Home campaign. So, take a look as T-Mobile's Royal Wedding Dance celebrates the marriage of William and Kate with the help of a host of royal look alikes and music from East 17! Cool!
Posted by RJ Evans at 11:47
Labels: Catherine , Cool , East 17 , East17 , funny , House of Love , Kate , royal wedding , T-mobile , Video , William S Burroughs , YouTube 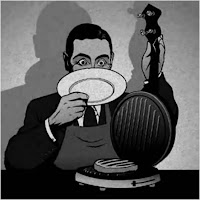 This is completely bonkers – and we do have to apologise if you are not English and you do not understand what is going on here.

See, way back, there was a comedian and banjo player called George Formby in the UK and that name sounds fairly similar to George Foreman.

So, with their different products in mind the wonderful (but perhaps somewhat bizarre) imagination of Mr Whaite got to work and what you see above is the end result.

Rise of the Planet of the Apes - Official Trailer

This looks very cool, I have to say.  I have been a fan of the Planet of the Apes movies since I was a kid and this reboot of the origin story looks as if it is going to be fantastic.  A single act of both compassion and arrogance leads to a war unlike any other -- and to the Rise of the Planet of the Apes. The Oscar-winning visual effects team that brought to life the worlds of Avatar and Lord of the Rings is breaking new ground, creating a CGI ape that delivers a dramatic performance of unprecedented emotion and intelligence, and epic battles on which rest the upended destinies of man and primate.

The movies stars Andy Sirkis – already quite used to simian roles as Caesar, the ape who starts the whole revolution going.  James Franco is playing the human lead, the scientist whose cure for Alzheimer’s produces remarkable effects on its ape test subjects.  Hollywood heavyweights Brian Cox and John Lithgow add some muscle to the cast too.

When will it be in theaters? The Rise of the Planet of the Apes will be in movie theaters on August 5.

LittleBigPlanet - Turning Dreams in to Reality


Sony have been around for quite a while – over 60 years, which is surprising to many as they think that the company is one which rose only recently. However, they have had many ground breaking moments over the decades (remember the Walkman?) and are one of the leading names in entertainment at the moment. Make.believe is one of their great ideas – where dreams literally come true.

One story that you are likely to have heard about already is that of LittleBigPlanet which has helped many people to change their lives forever. It really does show that anything that you can imagine can be made in to reality. Take a look at the video below which tells the – it is about as inspirational as it gets, especially if you have ever wanted to get involved in the computer games industry.

I have already posted this video to a number of my friends but you can find more at which are equally as inspirational. It really does show that if you want it – you should get out there and get it. John had a number of incidents in his life which would quite probably crush a lot of people – metaphorically at least. It was only when he was literally crushed by concrete that he re-evaluated his life and decided to do something with it.From a background which you would not associate with computer games, John really took the people at Sony and LittleBigPlanet aback by his ideas and what he could offer them. Perhaps it is time to think about making your passions real? It is only when you start to act that you realize that, in this life, anything is possible!

Take a look at Sony’s today and discover more! 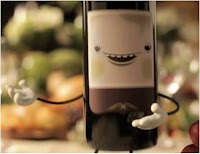 Meet Tipsy, a puppeteered wine bottle character enhanced with photo real animation that sings about the film festival in Sonoma. He loves film. He loves good food. And he loves to drink – a little too much.  Yet what a song and dance routine before he succumbs!

Tipsy is also the trailer we created for the 2011 Sonoma International Film Festival. It's a great piece of animation, full of joie de vivre - perhaps a little too much as Tipsy lives up to his name very well!