Nostradamus and The Death of Henri 2: A Conspiracy? 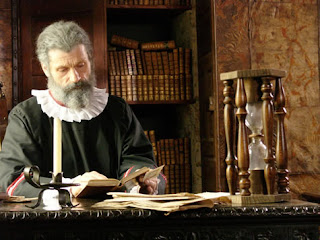 I do enjoy a good conspiracy theory and what some people do not realise is that they are not a completely contemporary phenomena.  In fact, there have been conspiracy theories in abundance ever since the beginning of recorded history.  Here is one of them which is more than little compelling.

Here, Patrick Bernauw looks at the death of the French King, Henri II.  Nostradamus had himself phrophesied his downfall, but was he also involved in a conspiracy to bring down the King?

Nostradamus and The Death of Henri 2: A Conspiracy? | Socyberty
Posted by RJ Evans at 10:24
Labels: History, Nostradamus