Eagle Of The Ninth - Rosemary Sutcliff's Masterpiece - Now A Movie 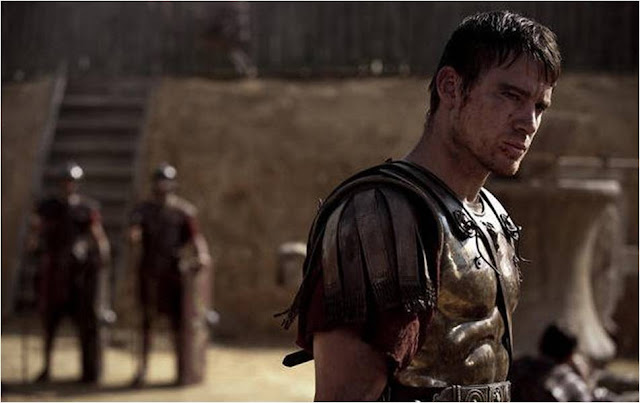 At some point, I guess it had to happen.  I recently learned that a movie of one of my favourite childhood reads, The Eagle Of The Ninth is being made in to a Hollywood film.  Now with historical sword and sandal romps such as Troy or Gladiator, that was fine and I looked forward to the films with the same amount of laissez faire as usual.  After all, Gladiator was scripted and Homer’s (the poet not the Simpson’s character) Iliad has been made in to a zillion films before anyway and so the worst was necessarily to be expected (and we weren’t let down either).  After all, what could Brad Pitt do worse than Steve Reeves? 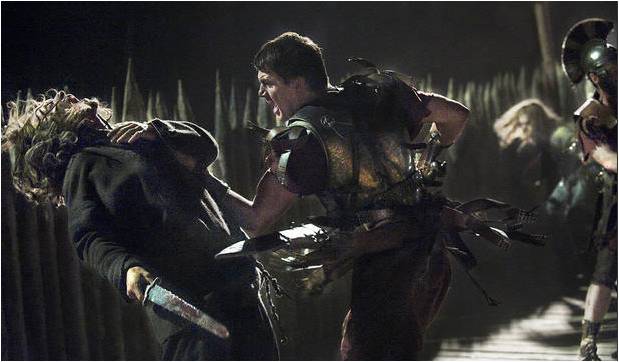 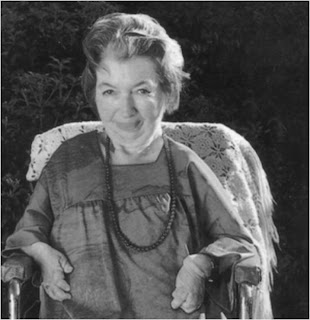 But Eagle Of The Ninth has a special place for me.  Out of all the books I read as a child – and I devoured them pretty much like today’s generation devour Big Macs – it has to be in the top five.  I was brought up in an old Roman town (Chester) and so had been surrounded by remnants of the legions since the year dot.  The book itself, written by Rosemary Sutcliff (left) is one of those supreme children’s’ novels that do not write down to the child at all – and as a precocious ten year old that really appealed to me.

As for the story – well where do I begin?  It tells the story of a young Roman officer, played by Channing Tatum in the film, who has the death of his father hanging over his head like a Klingon dishonour.  He wants to know the truth about the disappearance of his father’s legion (the Ninth) and so goes north over Hadrian’s wall with his trusted slave Esca (played by Jamie Bell).  As they travel further north the two have to exchange roles in order to pass safely through savage Pictish territory.  At its heart the story is one of a clash of cultures and a search for familial redemption.  And it is very, very exciting.  Loads of battles and blood ensue, but the book has a heart that I hope will not be ripped out by a bunch of Hollywood executives. 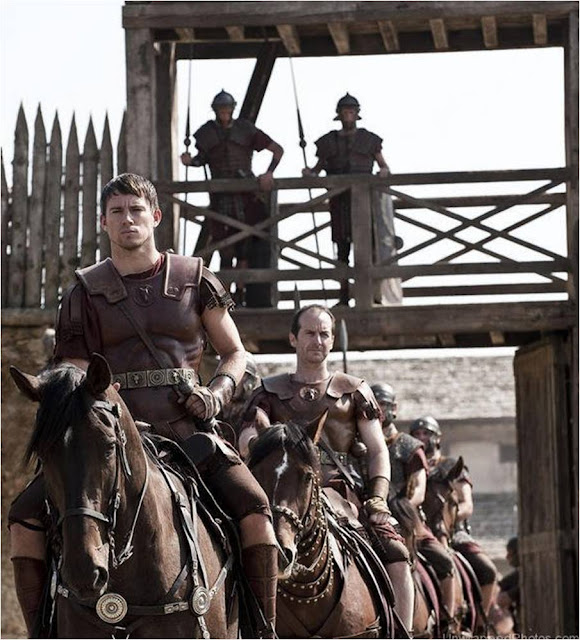 It was only later in life that I discovered that Sutcliff had severe physical disabilities which meant that even as a self-employed writer, everyday things could be a struggle.  This only increased my admiration of her as a writer; as a not very politically correct child I used to wonder how a woman could write such thrilling adventures with such seeming veracity.  As I have such fond memories of the novel, then the news of its forthcoming production led to a number of feelings. 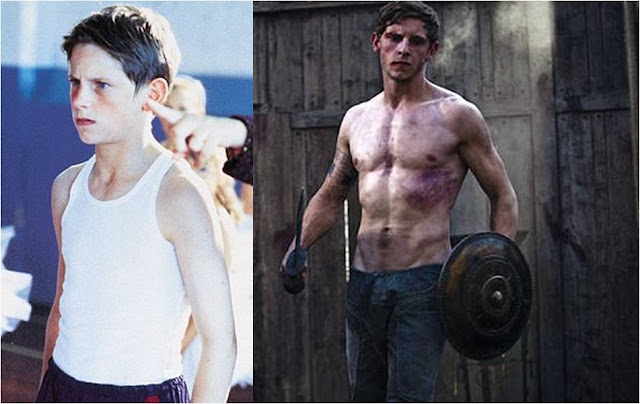 The first obviously was (and still is as the film is yet to be released) uncertainty.  There was a little relief when I discovered the casting of Jamie Bell, whose films I have generally liked in the past – in particular Billy Elliot (of course) and later on the hugely underrated Hallam Foe and Defiance.   There is always a slight curiosity when it comes to seeing a former child star in films as an adult but it can honestly be said that Bell has thrown off the shackles that come with the child star label.  Looks like he has had to work out for the part. The news that Channing Tatum was to play Marcus Marcus Flavius Aquila – the main protagonist was somewhat less welcome, not least because I couldn’t place the actor in a single film that I had seen.  I think nonplused is the word to describe my reaction.  Channing who? 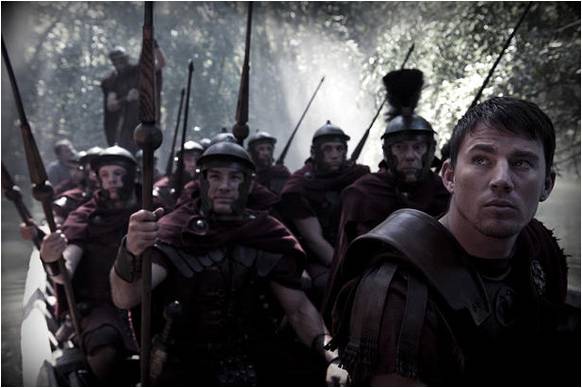 Well, a glance at his Filmography soon put me right and gave me the reason why his name was not one I associated with any films in my DVD collection – his work has not previously been in my demographic.  To say the least. At all.  He has appeared in a number of youth oriented films such as Coach Carter and Step Up.  He doesn’t exactly have the reputation as the best young actor since Brando, if you  know what I mean. However, he certainly does seem to look the part of the young Roman officer.  I have seen some criticism of the uniform outfits for the film saying that they are too muscularly defined, but below is a picture of a reproduction breastplate which shows that, if anything, the costume designers have held back with the six packs. With apologies to Channing, of course! 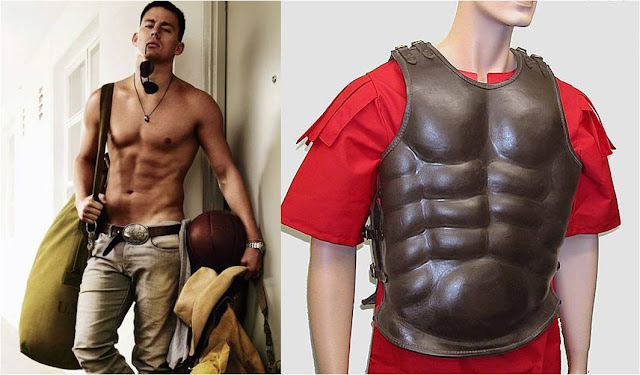 Of course, there will be people out there who will not give Tatum the opportinity to show his mettle in a properly adult and demanding leading role, but they should give him a chance.  After all, the film also features Donald Sutherland and Mark Strong, two actors who have a history of (mostly) getting it right when it comes to their choices of role.  The budget is rumoured to be around the $15 million mark and so as such the finances might indicate that it will have a more thoughtful tone than some of the other Roman-period adventure films of the last ten years.  I only hope that it does not lose the thoughtfulness of the original author’s story and is lost in the mire of brutal battle scenes.  Certainly the ending of the book is more poignant than most film makers would dare to attempt, so it is still very much fingers crossed from my point of view.

The Eagle Of The Ninth will be realeased in mid 2010.
Posted by RJ Evans at 13:07
Labels: Channing Tatum, Eagle of the Ninth, Jamie Bell, Movies, Roman

I look forward to seeing it, I only watch a few movies, but this looks like my sort. I have never read the book, maybe I will before I watch film.

Tahnks for the info. Looks great!

You did a nice review on this one. I love these types of movies and I am sure I will go see this one. Thanks!

Basically, Channing Tamtum is a moderate actor with looks and a good agent, he isn't amazing and he isn't crap. Hopefully Jamie Bell will hold him up, that guy is one of Britains best I think.
But if they ruin the book I will kill them.

Couldn't agree with you more. I don't know what the literary version of a Fatwa is, but if Tatum cocks this up, I will not be happy!

I had not heard of Channing Tatum either, and kept calling him Tatum Channing for a while. But I have had a glimpse of him and Jamie Bell at work on the film, and it is going to be not just OK but excellent. And I too would not have been happy if .... my interest is as a close relative (see www.rosemarysutcliff.wordpress.com for more detail)