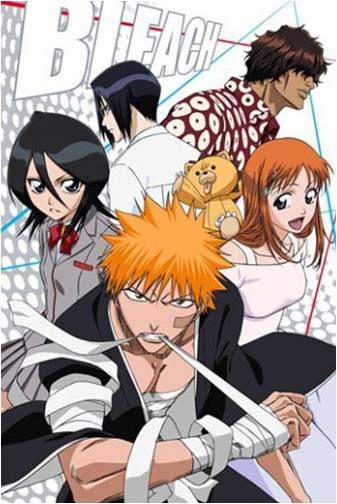 I am an old hand at amine, going way back to when Marine Boy was first shown in the United Kingdom (I remember gawping, completely in awe at the TV screen and have been hopelessly addicted ever since).  So it is always great for me to discover an excellent site based around all things Japanese and animated. That site is Animax and I thought I would just take a little time out from it - have been there for about two hours now!) to spread the word.

Let's get one thing straight first - Japanese animation is uber cool - it is for trendsetters, image conscious peope and those looking for an entertainment experience that is a little different.  Animax does that - and more.  There is a line up of all the popular anime series on Animax as well as - wait for it - shows that have never been seen outside of Japan.  The reach of Animax is already enormous - it already reaches over thirty million homes.

For me the best news is that you can watch Bleach Season One on Animax.  It is about a flame-haired teenager, Ichigo, who can see dead people (but not like in that movie and it's nothing like Ghost Whisperer either.  Bleach follows his adventures after he meets a mysterious female Soul Reaper whose responsibilities he must take on to protect his family.

Altogether, Bleach is a ripping yarn for both youngsters and adults - check it out - and the fantastic Animax too!
Posted by RJ Evans at 12:26