A New Life Force: The Mystery of Cosmic Rays 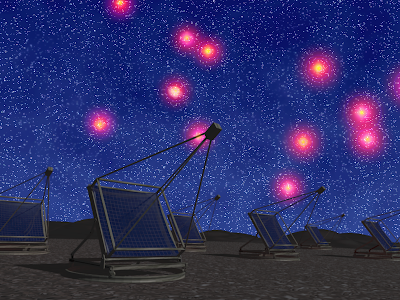 Cosmic Rays are a phenomenum not understood by many but it is a phrase we bandy about as if we all know what we are talking about.  In 1912 the Austrian scientist Victor Hess really started something when he ascended in to the stratosphere in a balloon.  While I would naturally assume him to be as mad as a hatter for doing this, he is only one of a long list of (usually) men who take leaps in to the unknown in the pursuit of scientific discovery.

For Hess it paid off and he received the Nobel Prize in 1936.  His discovery?  Cosmic Rays and in this interesting and - thankfully - accessible article by , you can find out all about them.  Unlike many articles on this subject you will actually stand a good chance of understanding wjhat cosmic rays are all about too!