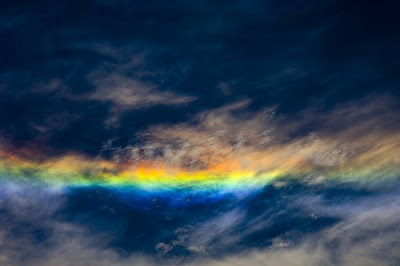 If you are very lucky you may see a fire rainbow once or twice in your life. It sounds like it could be one of a series of children’s books – “Harry Potter and the Fire Rainbow” has a certain ring to it, but this phenomenon is not fiction. If you are in the right place and at the right time then a fire rainbow is something that you will remember witnessing forever.

To name it properly, a fire rainbow is a circumhorizontal arc. It is also known as a circumhorizon arc but whichever you chose, scientists (and aficionados) call it a CHA. It is given its name because it looks as if a rainbow has spontaneously combusted as it made its way across the sky. It could even be suspected, perhaps, that some malign fairy or goblin has blown the rainbow up to stop some errant human discovering that elusive pot of gold at its end! 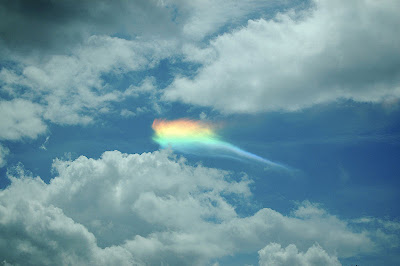 The real explanation behind a fire rainbow lies more in science text books than in a Brothers Grimm tale. A CHA is a kind of halo – which is an optical phenomenon. These appear around the moon – or in this case the Sun. You have probably seen a halo yourself around a strong light source – take a look at street lights in the fog for example. 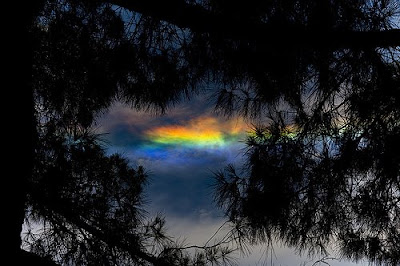 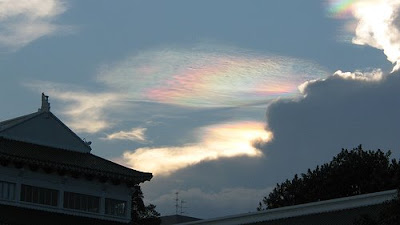 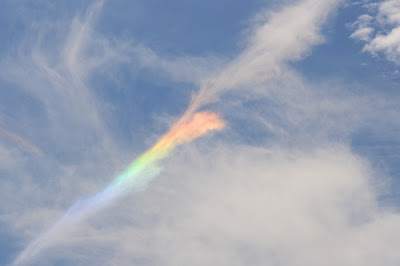 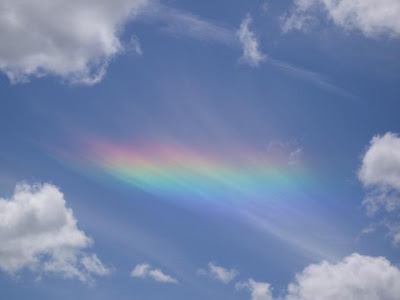 A cirrus cloud is one of those thin, wispy ones, often with tufts sticking out like disheveled hair! They can be huge – covering so much of the sky that you cannot see where one ends and another begins. When they are a massive sheet they are called cirrostratus. They are formed at enormous heights – over eight thousand meters. There is very little moisture at those heights and that’s why they are so skinny! 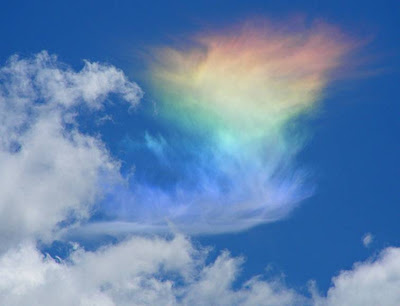 So, what happens when light hits a cirrus cloud and what special conditions are needed to form a fire rainbow? The refraction of the light causes it to separate from its “white” form to its different components (which people call wavelengths). The person on the street would say that the light is bent out of shape and split up in to all the different colors that make it up. In other words, a rainbow – or in our case, a fire rainbow! 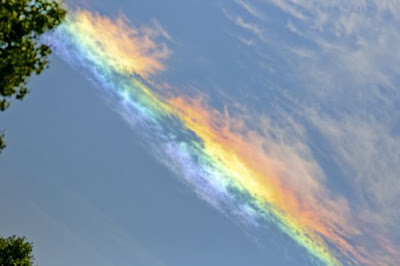 So, why don’t we see fire rainbows as often as (its now more mundane!) cousin, the rainbow? For a start the sun has to be at least fifty eight degrees above the horizon for one to occur – and you have to be lucky enough to have cirrus clouds around at the same time! Because of the necessary height of the sun you will not see a fire rainbow north of fifty five degrees – and likewise further south of the magic fifty five degrees. You may occasionally see one if you are high up on a mountain further south or north, but it is not likely! 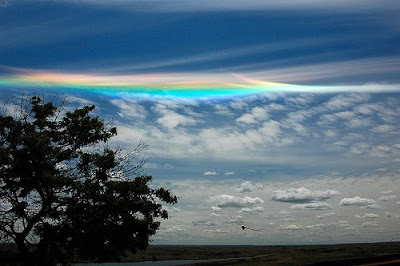 There is more! The ice crystals in the cirrus cloud have to be horizontal to refract the sun. If they are then the arc is formed. Ice crystals have six sides, meaning that they are hexagonal. The light goes in through one of the side faces of the crystal. Then it is refracted and it leaves through the bottom horizontal face. 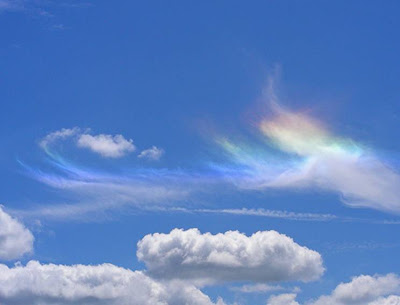 It is vital that the crystal is aligned just so as otherwise the light will not separate in to the rainbow like colors we expect. If the alignment is correct then the whole cirrus cloud will “explode” in to a flaming, fire rainbow! 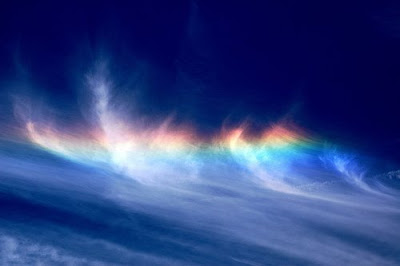 So, if you are lucky enough to see this phenomenon, perhaps it is a good idea to make a wish! The conditions for a fire rainbow are so exact that it means that to see one is a rare sight indeed. When nature does us this sort of favor by giving us a gift such as this, then perhaps it is only right that we make a wish when we encounter it! It may not be very scientific, but to be honest, would you care?

Remarkable I didn´t know about this climate phenomen,this means I´m still a baby,must see it twice.

Yes the fire rainbow is lovely. thanks RJ

Actually, I see those about once every two months. I don't know if it has to do with where I live, but unless I'm missing some crucial element that classifies these things as fire rainbows, I see them all the time.

I was fortunate enough to see this yesterday. I had no idea what it was, but actually stopped the car, got out and just gazed at the several of these fire rainbows. If anyone else saw them, I was in Warwick, NY, November 9, 2009 about 2:30pm.

thanks, i saw a fire rainbow yesterday avo in gympie, qld. It was huge, with purply pink light and blue and yellow in the middle. i can think i can safely say it's the most beautiful thing i've seen in my life.