Death Masks of the Famous

For hundreds of years life like and realistic death masks have been made. The new technoloy of plaster and wax casting in the middle ages made a new realism possible and a tradition was born that still persists to this day. It may seem a little macabre to you but, hey they are certainly compelling. 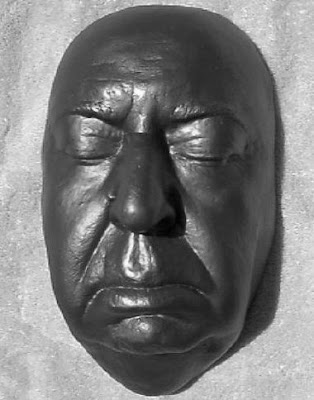 Alfred Hitchcock dealt with death any number of times in his films - murder most horrid quite often - and in his death he retains a certain air of petulance. He had a career that spanned six decades and most people are surprised to hear that he died as late as 1980. He directed over fifty feature films and is regarded by many as the most influential British film maker of all time. He died of renal failure in California at the age of eighty. It is somewhat ironic that the film-maker who made generations of moviegoers wet themselves with fright should die of a kidney related illness.