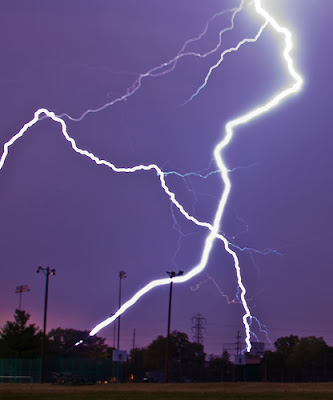 I had a house fire this week - an electric fault in the immersion heater control panel almost sent the house sky high. Fortunately, I was around when it started and was able to put it out but thought I was a gonner at one point! Thanks to some swift action and the arrival of two fire engines the damage was limited. So, right now I feel lucky. It was, then, with some interest that I read the latest article by . What happened to these people makes my own small brush with death seem, well, pretty ordinary. Take a look!

They say that lightning never strikes the same place twice. Tell that to Roy Sullivan, who was struck a total of Seven Times In his life.


Written by
Posted by RJ Evans at 18:48
Labels: Amazing, People