Spectacular Radio Telescopes around the World 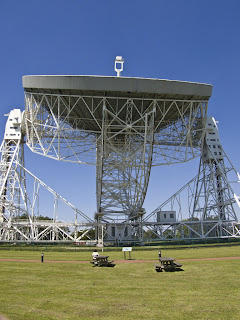 Radio telescopes can be found the world over. They are used in radio astronomy, the science of studying, at radio frequencies, celestial objects such as galaxies and stars as well as more difficult to understand phenomena such as Masers and Pulsars. They also collect and track data from space probes and satellites that we have shot up in to the atmosphere and space. Here are some of the more significant and - in terms of design - beautiful radio telescopes in the world.

It was originally known, on its completion in 1957 as the Mark 1, but is now known the world over as the Lovell Telescope. The dish had a diameter of just over seventy six meters and it is the third largest movable radio telescope on planet earth. Amazingly, it is a symbol of recycling as well - one would imagine that these enormous beats would have to be made from scratch. However, Britain in the 1950s was not cash rich and the motor systems of the Lovell were made from the gun turret mechanisms of two retired battleships.

RJ,
I always learn something new from your articles. thank you,
Chris