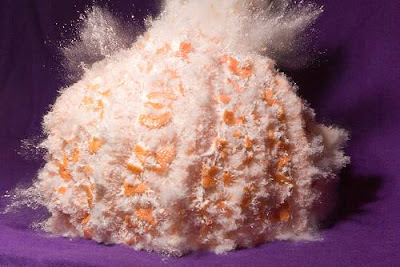 There is almost a quiet serenity about the final violent moment in the life of this grapefruit. However, as in all acts of violence caught on camera, the truth is not quite a spick and span as the image suggests. Such was the force of the bullet that the cloth was torn apart and the plywood it was resting on was broken – a 12 centimeter hole punched right through it. What this grapefruit did to deserve such an untimely end is up to guess work. True, grapefruits are a little bitter, but to end like this?! 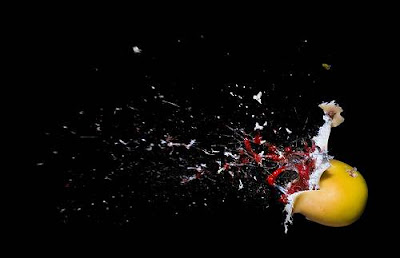 The passion of the passion (fruit) caught on camera. This exquisite shot was taken 1ith 1.30000th second shutter speed. The bloody explosion as the bullet penetrates the fruit is awesome and a reminder of the sheer power of the gun. This would make an excellent album cover for an EMO artist, perhaps! 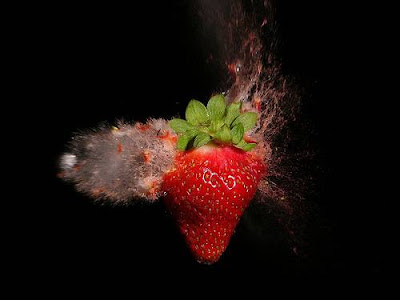 This is what happens when a poor innocent strawberry is shot with an air rifle. The bullet leaves the rifle and a microcontroller starts to count. It triggers a flash about four and a half seconds after the shot is fired. It sounds as if it is easy but takes a great deal of practice to get right! Make my day, punk! 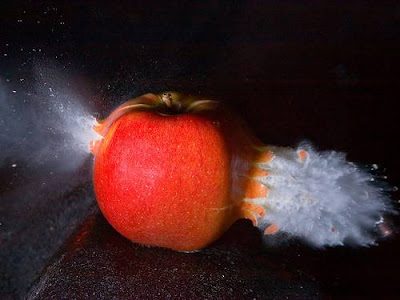 When you pit a .22 hollowpoint against an apple, who do you think is going to win? All over in a fraction of a second, there is no competition. The apple is cider. End of story! I knew an apple once; it went out with a fig. When I asked why it said it was because it couldn’t find a date. Awful humor aside, this shot really shows the power of the bullet. It is difficult to think of a similar impact on oneself without flinching and making ape noises. 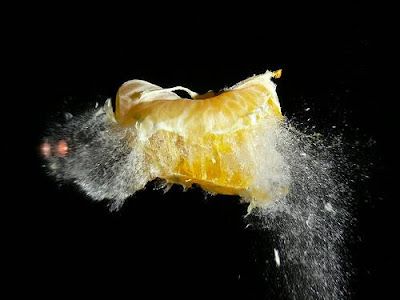 This tangerine slice was minding its own business, waiting for cocktails, when it was hit by a high speed bullet. If you look closely to the left then you can see the bullet leaving its poor unfortunate victim. Not quite the dream the tangerine was considering! 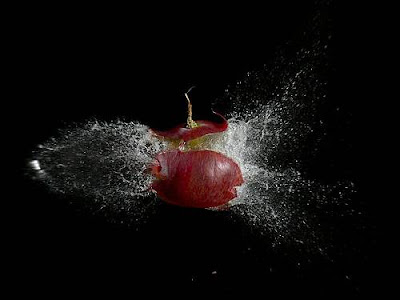 What’s eating this grape? Not Gilbert, for sure, but a bullet from an air rifle. This must have been an awfully difficult shot to take, considering the size of the grape and the speed of the air rifle pellet! The resulting mess will have made this little fruit whine. Oh, come, on! If we can play with our food, as illustrated here, why not our words? 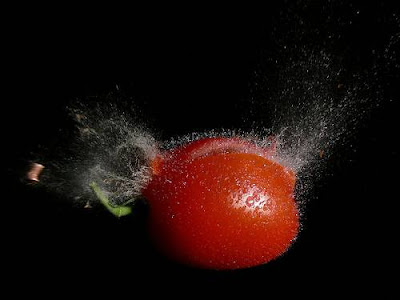 This tomato was taking a quick shower before its plum date and was mercilessly reduced to Bloody Mary material before it could even towel itself down. As the bullet hit the fruit, the water sprays off it to give this picture an awesome feel to it. 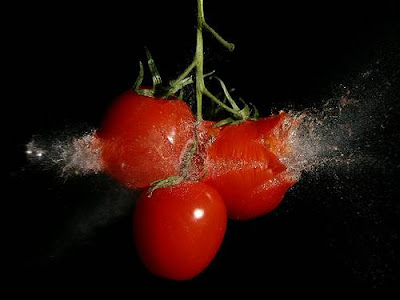 Not only that, the merciless killer slew his whole family! Fortunately, the market for pizza toppings is unaffected by the credit crunch as more and more people turn towards comfort food to help forget their financial troubles. AT least they will have a use in the local pizzeria as their little fruit souls make their way to tomato heaven! 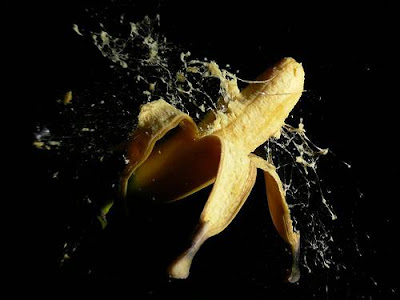 The simple banana – simply exploded! Bananas are often executed in this manner in undemocratic regimes (sometimes known as Banana Republics) that oppose any slight difference to the norm. But, we ask you! Can the banana help being a little bit bent? Stop this cruelty now! 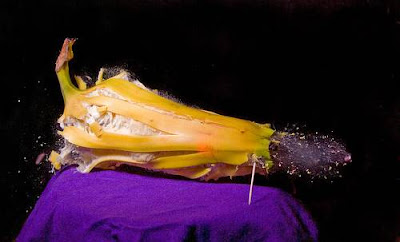 Another banana bites the dust, peeled in 560 microseconds by a bullet straight through it! If this banana was feeling a little unwell beforehand, it definitely wasn’t “peeling” well right after this shot! 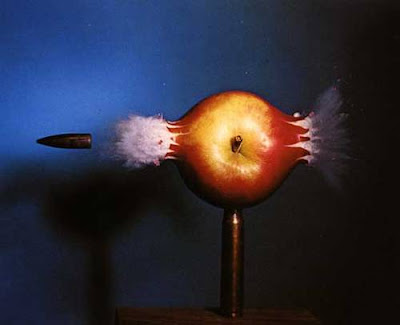 Apples seem to be a favorite, so here’s another one biting the bullet. The impact of the bullet and its aftermath when it leaves the body of the apple is fantastically done here and to catch the bullet as it flies away is sheer genius!

This is so cool and kinda bizarre

Good day, sun shines!
There have were times of hardship when I felt unhappy missing knowledge about opportunities of getting high yields on investments. I was a dump and downright pessimistic person.
I have never imagined that there weren't any need in large initial investment.
Now, I'm happy and lucky , I started to get real income.
It gets down to choose a correct partner who utilizes your funds in a right way - that is incorporate it in real deals, and shares the income with me.