More Than Words: Silent Movies That Put the Talkies to Shame 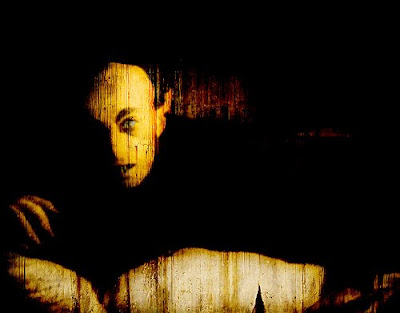 One of my personal favourite movies of all time is Nosferatu - and I don't care if it is black and white. I care even less that it is silent - this film is a real chiller. Despite the efforts of one or two British comedians it still has the capacity to scare the bejeezus out of me. This film - and nine other classic silent movies are the subject of this homage by . There are many gems to be found here, go take a look!

Another German Expressionist movie, and an even more famous one, Nosferatu is an unauthorised retelling of Bram Stoker’s “Dracula” and was almost completely lost as Stoker’s widow sued Murnau and his team for their efforts. Thankfully a print survived and the film has since been remade, copied, studied and paid homage; with references appearing in everything from the 1931 version of Dracula to the blackly comic 2000 film “Shadow of a Vampire”.