The Ocelot - Really Back from the Brink? 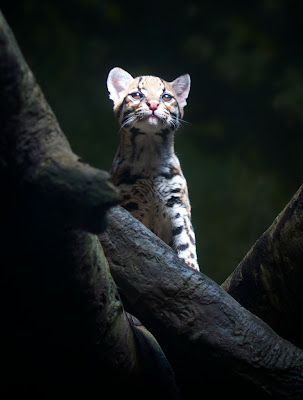 The Ocelot - gorgeous denizen of Central America - has been on the endangered list for decades. However, the recent removal of this fabulous feline off the list of one of the major conservation societies has raised eyebrows. Is there really enough evidence to suggest that the animal is no longer critically endangered?

The fur of the Ocelot has a series of irregular brown spots and stripes and these are edged with black against a tawny background. Altogether this gives the animal a unique appearance and its fur has been prized as far back as ancient Aztec days. Its colors depend on the habitat in which it lives - there are ten sub-species of the cat altogether. When found in arid areas its fur is a rich creamy color - a light gold yellow. When discovered in forest areas it generally has a darker hue, with the gold becoming browner. Altogether it is graceful in appearance, whatever its variety.