The Queen Bee - Not As Royal as you may Think!

The Queen Bee is a remarkable insect. Here, follow the life cycle of the queen, from the egg to the end. You may be surprised at some of the things you find out! 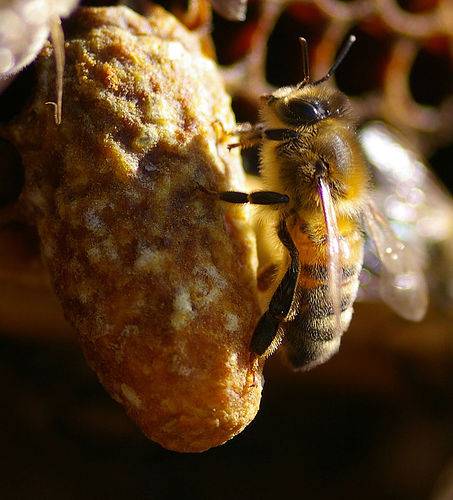 This is an example of a Queen cell. The conditions in the hive have become right for a swarm and when this happens the old queen lays eggs in to queen cups. These are larger than the normal cells in to which eggs are laid and have a vertical orientation, while the normal eggs are vertical. Swarm cells will hang at the bottom of a frame within the hive. When an “emergency queen” is needed (otherwise known as a supersedure), then the cells are built out from the face of a frame. These queen cells may look like a super-sized peanut but they hold something in side much more precious than a nut! 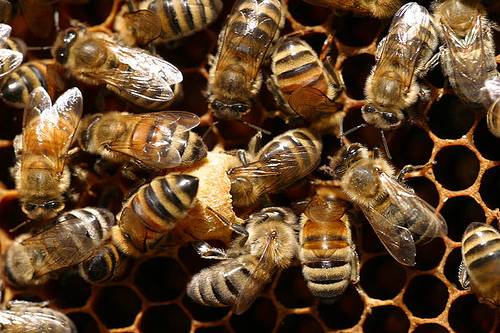 Workers will “decide” that they want to swarm for a number of reasons. As the population of a hive increases it gets rather cramped and a new hive is often needed. For the hive to function a new queen will be needed to populate it. In order to maximize the survival of a new hive, often a number of queen cells will be constructed. When the newly hatched queens emerge they will fight to the death. The winner will then destroy any unhatched queen cells and the swarm will begin. The workers above are beginning the construction of a new queen cell. 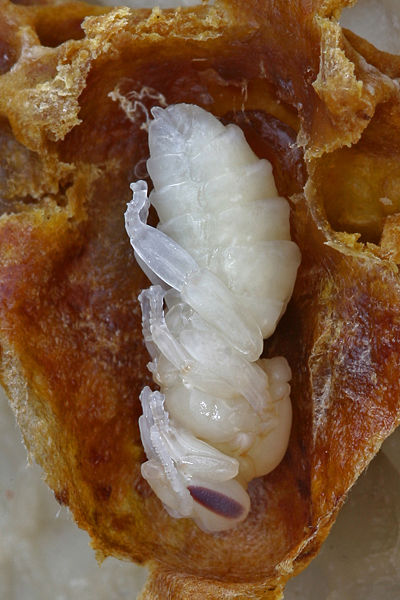 A cutaway of a queen cell shows the alien being developing within! It is not difficult to see where some Hollywood movie makers get their inspiration from! There is not a huge amount of time between the laying of the queen egg and that queen itself starting her own enormous family. The egg will hatch three days after it is laid and the larva grows and molts after that. On the eighth day the queen cell will be capped and the pupa stage will begin. The virgin queen will emerge on around the sixteenth day and take flight three to four days later. She will start to lay eggs herself from around the twenty third day. Amazing! 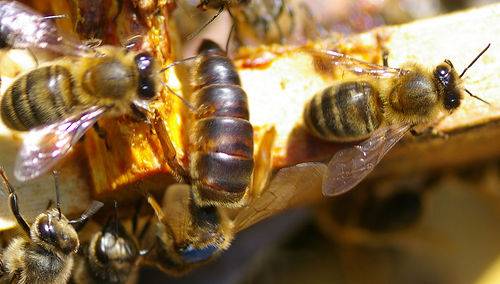 One of the reasons that the queen cell is so much bigger than a normal egg cell is that the queen has an enormous abdomen. This is a biological necessity – she is destined to become an egg laying machine. Spot the blob of blue paint on her thorax – something that beekeepers do to quickly locate the queen among her minions. If one of her daughters leaves the tank in a swarm, then they can take tens of thousands of bees with them. This will involve about five kilos of honey taken along for the ride. The beekeeper will usually remove queen cells – as they obviously don’t want to lose all that honey – often to an empty hive of their own. 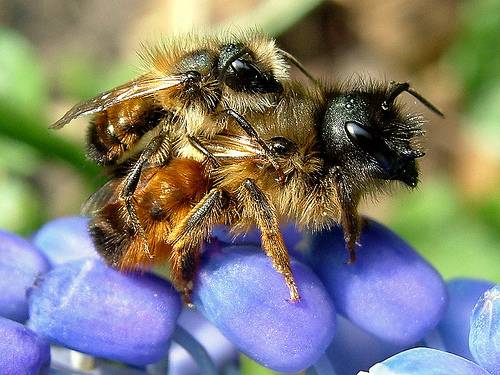 The virgin queen that survives will fly to what is known as a “drone congregation area”. She will mate with around a dozen drones and store the sperm in her spematheca. This is an organ designed to receive and store sperm until it is needed. It is more often than not the place where fertilization occurs as well. 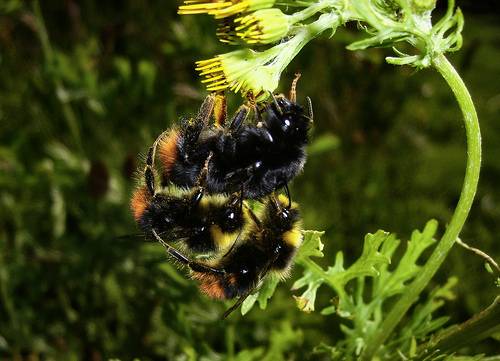 She has a small window of opportunity here, though! If she does not mate within a few days then she will become a “drone layer”. As she will have no fertilized eggs that will spell the end of the colony. In very rare cases, something called thelytoky has been known to happen. This is where worker bees will lay the eggs of a new queen themselves, thus saving the colony. This is restricted to a few species, such as the Cape bee. 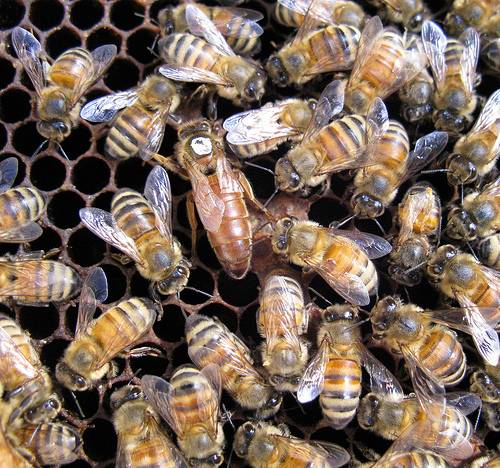 Do bees make a noise other than buzzing? Yes – and it is known as piping. This is produced by virgin and mated queens at certain times. The virgin pipes as she comes out of her cell. Once she has mated she may do it for some time afterwards as well. If you imagine a child’s trumpet, then you have a fair approximation of piping and it is audible to the human ear outside a hive! People argue as to its reason but most see it as a kind of battle cry. It is created by the flight motor (the wings, however, do not move when piping occurs). Others believe that it is a rallying call to workers and the best piper will get the most drones to follow them. 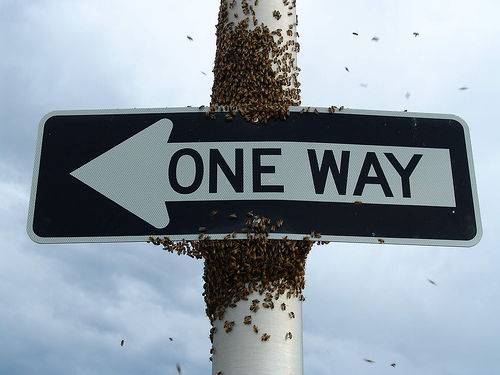 Many people believe that when bees swarm they are at their most dangerous. In fact, the opposite is true in reality. A swarm of bees is actually a fairly docile affair because, after all, they have no hive to protect at the moment, so what would the point be in stinging people. That said, it is best to be careful – especially if you are wearing primary colors – and stay clear. Nature is best left alone in these circumstances! 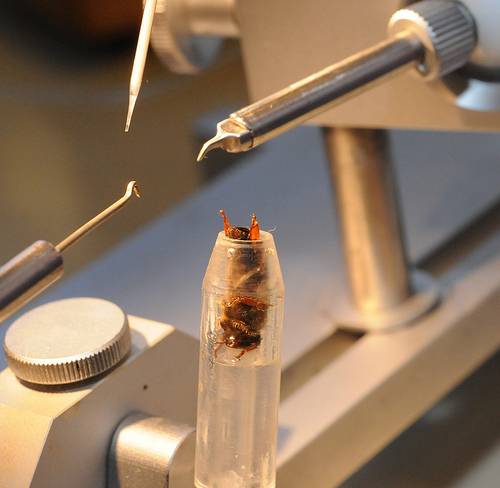 This can also be done artificially. As you can see, however, it is a process that involves great care and a deal of equipment. However, just as in the artificial insemination of mammals, this will ensure that the next generation the queen reproduces it exactly the one that the beekeeper desires. This will help eradicate pests such as mites (see below) and ensure some good honey in the process! 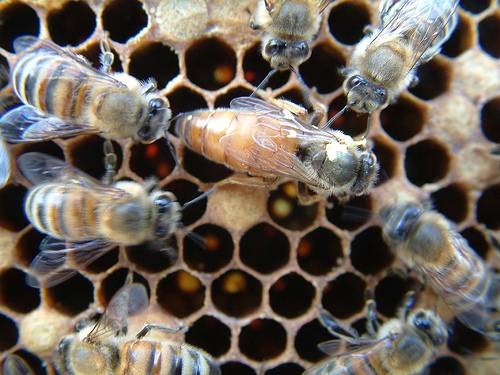 A common mistake amongst non apiarists is the assumed fact that the queen directly controls the hive. Effectively, however, her duty is as an egg making machine. She can lay bout two thousand eggs a day in the spring. This amounts to more than her own weight in eggs each day. Surrounded continuously by workers, she needs for nothing. They give her food and take her waste away. They will also collect a pheromone which they then distribute to stop workers from starting queen cells. 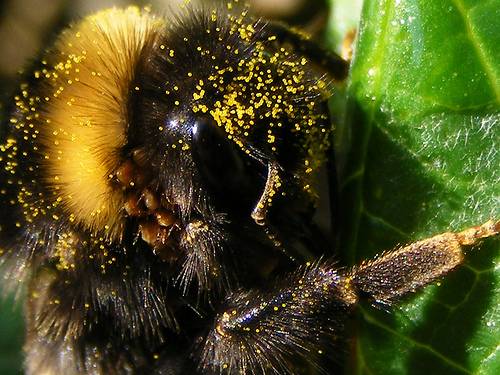 This very close up of a queen bee shows one of its greatest – and smallest – enemies. The bee mite is an external parasite that attacks honey bees. It attaches itself to the bee’s body and sucks out its hemolymph. This is the blood analogue that is used by bees as they have an open circulatory system. Unfortunately the mite is more than just a pain in the neck. It can spread a host of viruses, including “Deformed Wing Virus” (does what it says on the packet) and the arrival of mites in a colony can often spell its demise. Scientists believe that the mite may contribute to the Colony Collapse Disorder (otherwise known as CCD) that is spreading throughout the United States. 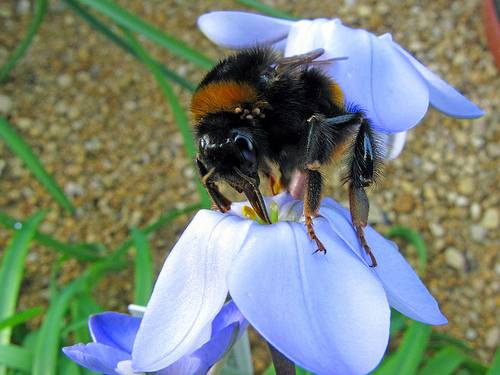 Often a new queen will emerge from the hive already badly infected with mites. Here, if you look just behind the eyes, you will see some light orange bumps. These are the mites that have already sentenced this particular queen to an early death. The mites have been kept at bay by antibiotics for twenty years or so. Unfortunately, this can make problems worse by producing a strain of mite that is resistant to the antibiotics.

very interesting and informative too. thank you for sharing.

ANNE MCNEW: very interesting and informative too. thank you for sharing.