The Forgotten Council Estate Games of the Late 20th Century 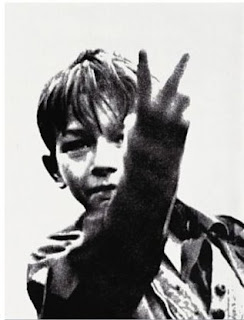 It could be said that to understand a nation then you should really study the games that people played in their youth. Having said this, some of the games described here by may put you off visiting the United Kingdom altogether. If this is what they got up to as kids, you may well ask what they might do now. Take a look at how the feral generations of the mid to late twentieth century passed their time before the advent of the Play Station and all day TV. Be afraid, be slightly afraid.


The aspiring youth of the late 20th century had to make do with imaginative games. Some got out of hand while others took great skill and concentration. If you wanted to fit in and be part of a ten or twenty strong crew, you definitely would have been asked to participate in some of the following dark activities.

Written by
Posted by RJ Evans at 19:39
Labels: Children, Games