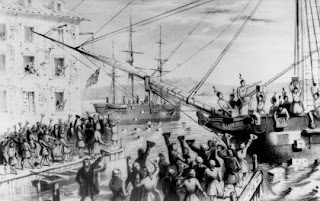 Truth is often stranger than fiction. Many of these historical figures may not be remembered now had it not been for the manner in which they slipped off this mortal coil. Joe Dorish takes a wry look at the fate of nine people.


Kendrick was an American sea captain who took part in the Boston Tea Party on December 16, 1773. He then became a commissioned privateer and was captured by the British. Upon release he commanded several Navy vessels until the end of the war....


Read what happened to him and the eight others by clicking read more below.