Franklin: The Lost State of America

What led to the creation of the State of Franklin and why isn’t around today? Even more to the point, why hasn’t anyone ever made a movie out of this strange but remarkable story? 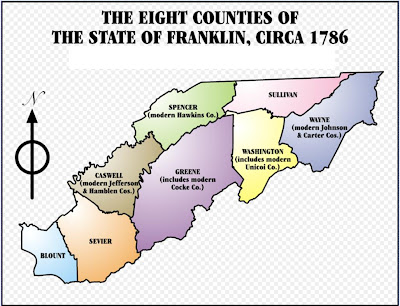 Image Credit Note the county by the name of Sevier? Remember that name, it's important later.

Everything invariably boils down to one thing in politics, and that is money. After the revolution it was in short supply and the federal coffers were empty. Revolutions after all, cost money just 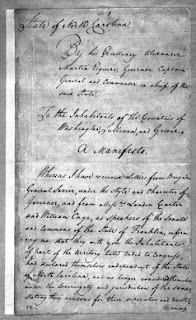 as much as any war. North Carolina, quite remarkably, decided to cede its western portion to make up its contribution. Getting cold feet, the offer was withdrawn before Congress had even had a chance to accept it. The fear was that Congress might sell the land to a foreign power. Better to be poor than live next to the French, after all.

However, the locals weren’t terribly happy at all (to say the least) at this almost casual secession of their lands and had, in the intervening time, decided that Federal rule would suit them quite nicely. Plus, North Carolina had always been tardy in offering support against attacks by local indigenous tribes or for that matter against the wanted men who used the remote area as a hideaway – unfortunately bringing their law breaking habits with them.

In August 1784 delegates from three of the eight western counties of North Carolina met in the town of Jonesborough. There was a vote (by no means unanimous, a gentleman by the name of Tipton was vocal in his opposition) and on the 23rd of the month they declared the lands independent. The state of Franklin was born. Opposition was immediate - North Carolina published a manifesto condemining the formation of the new state (see above). In fact it brought about the first political pamphlet war for that part of America. 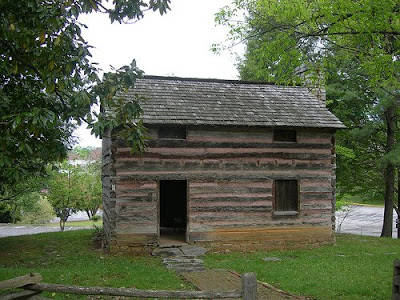 A reproduction of the State Capitol building of Franklin. Look, times were hard, OK? The original was shown at the Tennessee Centennial Exhibition of 1897. Then it was, er, lost.

Frankland was the originally proposed name – it translates as ‘The Land of the free’. The newly appointed Governor, John Sevier, however, had other ideas about the name. The same could be true of some of the new laws he introduced, such as denying lawyers the right to hold public office, putting them in the same category as those who broke the Sabbath and other immoralists. This law was later rejected by a plebiscite. 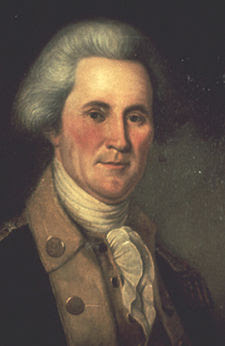 Image Credit John Sevier, the first and only Governor of Franklin. I am thinking Malkovich for the movie. After all, Sevier does sound slighly barking - perfect casting.

Sevier, being the wily politician he no doubt was, imagined that a certain statesman would help them achieve federal recognition if the name of the mooted state was Franklin rather than Frankland. So, he wrote to Benjamin Franklin, with a plea for support on the matter. Franklin replied: "I am sensible of the honor which your Excellencey and your council do me. but being in Europe when your State was formed I am too little acquainted with the circumstances to be able to offer you anything just now that may be of importance, since everything material that regards your welfare will doubtless have occurred to yourselves. " That would be a no, then. 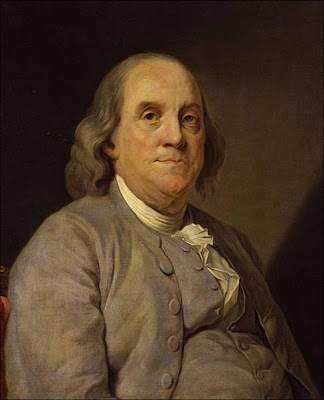 Image Credit Benjamin Franklin, who said 'non'. Well, he was living in France at the time. I reckon Danny DeVito in the movie. Really.

Then it all started to get a little messy. North Carolina requested John Tipton (the opposition within the area against the vote for statehood) to seize the property of Sevier and what was effectively a mini civil war broke out. Sevier, unhappy with the seizure of his property (people were also included in the definition of the times) laid siege to Tipton’s estate with his band of one hundred and fifty men. Unfortunately for Sevier, reinforcements arrived and he was routed and forced to flee – but two of his sons were captured. 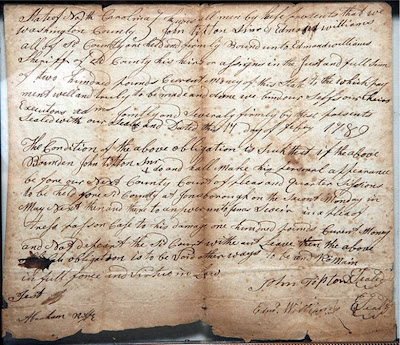 Still acting as Governor, this is the arrest warrant for Tipton, accusing him of stealing Sevier's goods.

On the run but uncowed, Sevier embarked on a series of raids against local tribes, perhaps hoping that this would sway the local Caucasian population over to his side. On returning to Jonesborough he was arrested and imprisoned only to make a dashing escape from a second storey window of the courthouse. A horse was waiting for him below in true albeit pre-emptive ‘western’ style and away he went again. 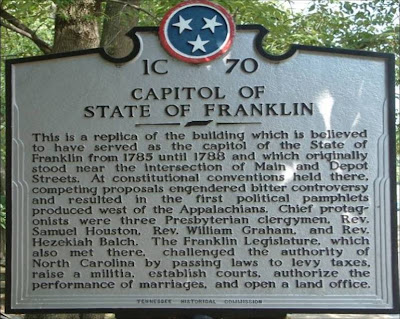 Image Credit The people of Jonesborough still remember their history.

This could have led Sevier to the life of an outlaw and outcast but North Carolina successfully resolved the problem in 1788 by pardoning him and his allies (Hollywood would no doubt leave this part out). The state was by then in turmoil as the Cherokee, Chickamagua and Chickasaw nations wanted back the land that was being argued over by two groups of Caucasians and were staking their claim by force. Franklin needed more men than it could supply by itself to fend them off. By 1790 the State of Franklin was no more.

North Carolina, prevaricative as usual, ceded the territories that made up Franklin to Eastern Tennessee in 1796. The end of Sevier’s dream of being the Governor of a brand spanking new state of America? Hardly. He became Governor of the newborn state of Tennessee instead.

John Sevier is my 8x great grandfather on my mother's side. My brother and I were told all of these stories growing up, Sevier was also instrumental leading the rebels to victory in the Battle of Kings Mountain during the Revolution. It's pretty cool to see him mentioned from time to time, I wish they would make a movie so I could see an ancestor come to life, so to speak.

How cool! My mother's family would have been Franklinites! :D

Wow, this is really fascinating! Love it... especially the Capitol!

What a brilliant read! Fascinating and I learned something new

That's a wonderful story! It's so ballsy that I wonder why I haven't heard of it before. Now that makes me want to set aside my little band of like-minded folks and secede from my state of habitation.

What a fantastic article! I'd never even heard of this state. The Governor sounds like a right hard case, sure enough.

This is awesome, but Franklin should clearly be played by Bob Newhart (at least according to this particular depiction).

Considering Washington was the only other American to get a state (Jefferson and the rest got mere counties), this would have been an honor befitting Franklin. Someone should keep this in mind if we ever get another state (I'd hate to see more recent politicians chosen over him!)