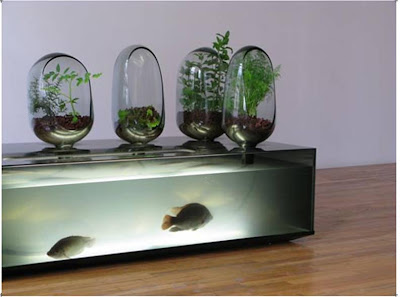 Are you a locavore? If you are not acquainted with the term, it is used to describe people who wish to only consume produce from a small circumference around their own locality. In fact, it goes a little deeper than that – and the trend is catching on. The French designer Mathieu Lehanneur has come up with something for the loaded locavore that he calls Local River.


And it is just about as local as you can get! 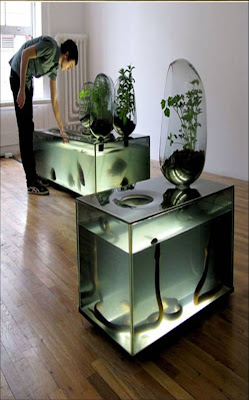 The ultimate locavore not only wants to build collaborative and self-reliant food economies in their own area – they also wish to integrate this further. Sustainability is really the key word, with food production, processing as well as distribution and consumption integrated together. The hope is that, if this can happen, the particular place which adopts this system will be enhanced socially, environmentally and economically.

Lehanneur takes this concept to its – some might say ridiculous – extreme by offering people a way to farm fish from the comfort of their domicile. Not only that, by purchasing one of his designs you also get the chance to grow your own vegetables to have with that fishy dinner.

For those who like to have that decorative “TV aquarium” in their lounge then this particular idea is fabulously “decus et tutamen”. To borrow from the Latin (and the British pound coin) it is both decorative and useful. You get your fish – and your vegetables – for the cost of the unit. The price - don’t ask!

So, how does it work? It is based on the principles of aquaponics, which is when plants and animals are cultivated side by side in a form of forced symbiosis. As such it is an integration of aquaculture (a system in which fish may be grown) and hydroponics (which allows plants to be grown in water). 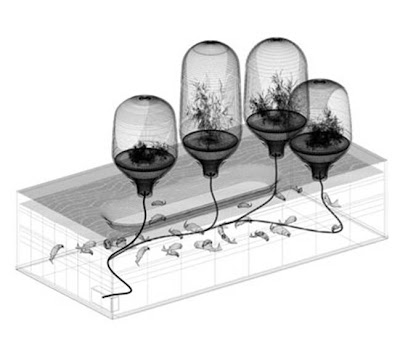 As the fish in the closed tank system release their effluence, there is the danger that they will die. So, plants are grown nearby so they that can soak up the nutrients in the water (which are toxic to the fish). This is where the recirculation comes in – the water is now returned to the water as it is now clean. In this way the system neither exchanges or discharges water and the relationship between the plants and the animals maintain the environment. 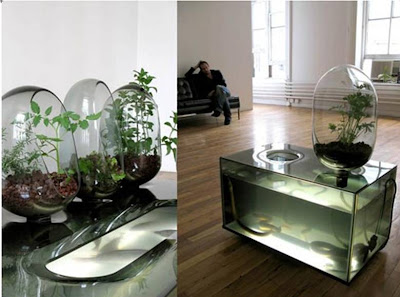 These systems are not new and have been used in the East where waste from fish has, by tradition, been used to keep rice paddies productive. So, this is not a new idea, but to take it in to the living areas of your average suburbanite? Will that ever catch on? You can certainly 'grow' any number of fish species in the tanks - including eel, trout and carp. With stocks dwindling, who knows what the insides of our houses will look like in the future. 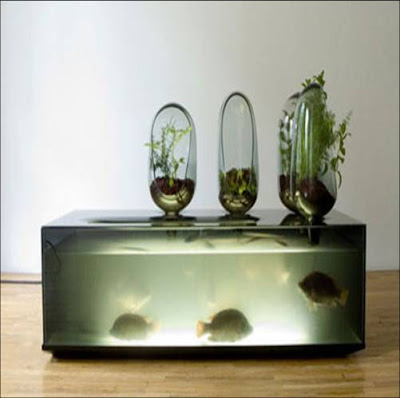 Certainly, if you want your food fresh and is one hundred percent traceable to source, then a Local River may be just for you. The price may be a little Brad and Angelina for comfort, but at least you will guarantee that the food that you serve is completely fresh. 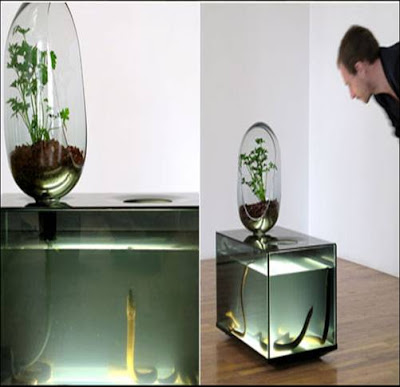