We are very keen on recycling so it is only fair that this marvellous attempt at making use of defunct kit is given its space on the net. The many years of hard work and toil that has gone in to this masterpiece is obvious in this extremely accurate and frankly stunning (well, we are stunned) re-imagining of the mighty Gundam.

Yes, our parents were right, after all. If something is worth doing, then it's worth doing well.


Over to Wikipedia for a lazy definition for those unfamiliar with Gundam (always thought it should have had an exclamation mark after it to be honest).

Gundam (ガンダム, Gandamu) is a metaseries of Japanese anime featuring giant robots, or "mecha", created by Sunrise studios. The series started in April 1979 as a TV series called Mobile Suit Gundam, and later became a franchise name with more sequels, prequels, side stories and alternative timelines, published and aired in various media including TV anime, manga, novels and video games. Gundam became a collective term for 7 different time lines, all featuring their own story-lines, with a few common denominators and war machines called Gundam.

For those of you not familiar with this mighty mecha, we reproduce the original below. See, almost identical. 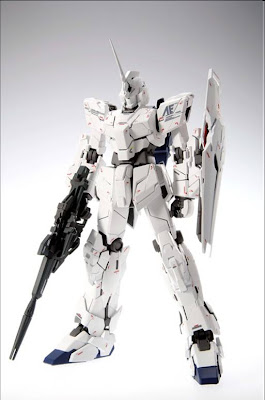