Why Jedward Should Win The X-Factor 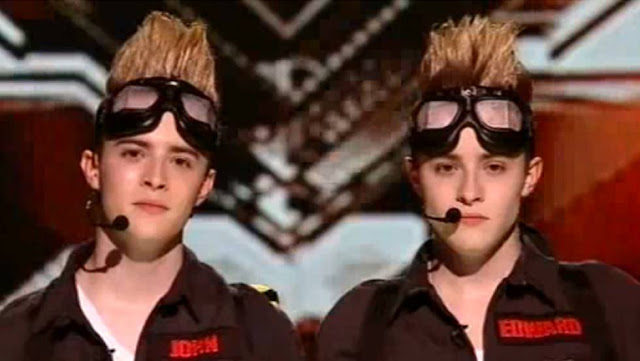 Personally, these boys epitomize for me the true meaning of that old eighties metaphor evil twins, but give them their due, the boys on the X-Factor have gained themselves as many friends as enemies.  Not so one of my elderly female relatives who was recently heard to hiss that, had she been their mother, she would have allowed them to slip in the bath when young.  Ah, my family.  Enough of me and mine, however - let's go over to who, I assure you, is quite sane.  Well, I thought she was, till now!

John and Edward Grimes, now known as ‘Jedward’ have ignited a large amount of debate surrounding the UK’s annual X-Factor show. It’s clear they have fans because millions of people vote for them each week. Now, it’s no secret they are the worse singers of all the present acts (and possibly all the acts that ever graced the X-Factor stage), yet they continue to hang on by a large margin of votes. Last Saturday for the first time, they were in the bottom two acts and viewers thought that this was the big chance to see them go. No one expected what happened next.