Forces Of Nature: What Does It Really Take to Blow Things Up? 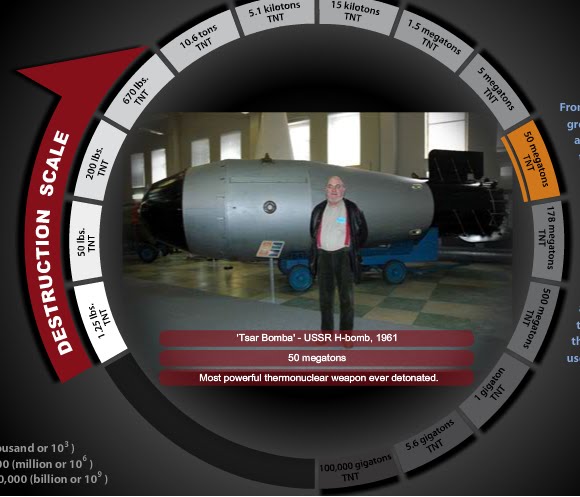 From a simple grenade to 1,000,000 million gigatons of TNT, the world's most bizarre and largest explosions can only be determined by the forces of nature. By forces of nature, I mean how much of those explosives is it it going to take to level that office building, destroy the earth, injure an opponent in warfare. Ever thought about it?

Now, Discovery has a gage to measure the amount of explosives it would take to cause the world's most horrendous natural disasters. Disasters such as the San Francisco earthquake would amount to 1 gigaton of TNT and would cause upwards of $5.6 million in property damages.

If you'd like to try your hand and take a turn of the wheel, see the destruction scale on Discovery.
Posted by Lauren Axelrod at 19:12
Labels: explosives, natural disasters, Nature, Science

Astounding to see it on a scale. Thanks for sharing.