David Tennant's First TV Appearance - When He Was 16 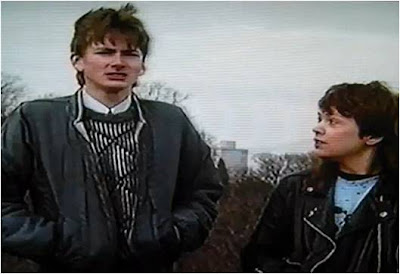 We now him now as Doctor Who (even though he has recently left the part) but David Tennant has been around on TV for a while longer than that.

With a little help from his Wikipedia page and then a trawl through YouTube we have found his first ever TV appearance. This was an anti-smoking campaign aimed at young people and was filmed in 1987 (the outfits most definitely show that!). It was shown on TV and was also shown in schools.

Amazingly enough, even though David plays a smoker in the film we never see him take a single drag from one of the dreaded cancer sticks! We must also apologise to viewers of this video outside of the UK. Mr Tennant performs here in his original Scottish accent (which he carefully maintains to this day when not acting, bless him) and because this is on YouTube we are afraid that we do not have the facility to provide you with subtitles.

The quality isn't brilliant either - well, this is the eighties, cash strapped Britain and a low budget ant-smoking campaign but make up your own mind whether you think his star quality is there already! 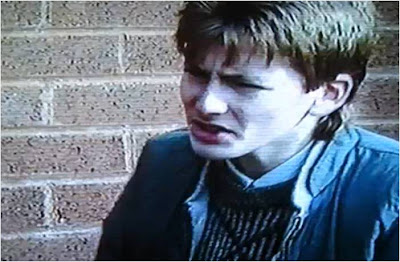 One thing is for sure though if you take this clip as evidence.  The young David Tennant was never going to have a future as a professional soccer player.  He isn't quite bending it like Beckham here!

Actually, perhaps we should be apologising to our Scottish readers for saying that! Needless to say, years before the Tardis, the Cybermen and the Daleks, David was already showing a flair for the craft! Enjoy!

Ah, that jawline is unmistakable!