Three Drinks Ahead With Humphrey Bogart 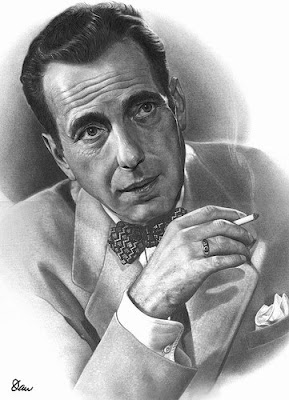 It seems that Humphrey Bogart did not get off to a brilliant start in life when it comes to alcohol as both of his parents were hard drinkers.  However, he does seem to be one of those few Hollywood stars who could pull of heavy drinking - making almost an art form of it.

This interesting article looks at his life, awash as it was with alcohol and is a very interesting read indeed.  Boy oh boy could this guy put it away.

He once said that if everyone in the world had three shots then it would probably be a much nicer place - something that it is difficult to argue with when you realise he was talking during the Cold War when nuclear annihilation might only be a few scotches away (and then we would have been well and truly on the rocks, forgive the poor humor).

You have to hand it to the guy.  While reluctant to approve of his enormous intake anyone whose last words are “I never should have switched from scotch to martinis,”  is pretty cool in our books!

Three Drinks Ahead With Humphrey Bogart