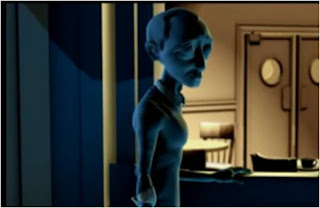 Sonata is an animated short film about a brief and fleeting moment in a man's life. It is one that male readers of Webphemera are sure to recognize.  It is that moment when you must face your fears and doubts and decide whether or not to take a chance. This wonderful short is all about that moment in one man's life.

This was a final thesis for Ryan McDougal while attending Vancouver Film School. He created everything from script to finished film. The music is by Yann Tierson and can be found on the soundtrack for the French movie Amélie. It is entitled: "Comptine d'un autre été: l'après-midi". In the final version of this film, due to usage rights, a separate piece of music was specifically composed for the film.
Posted by RJ Evans at 11:13
Labels: Animated, Animation, Sonata