The Life, Times (and Death?) of Internet Explorer 6 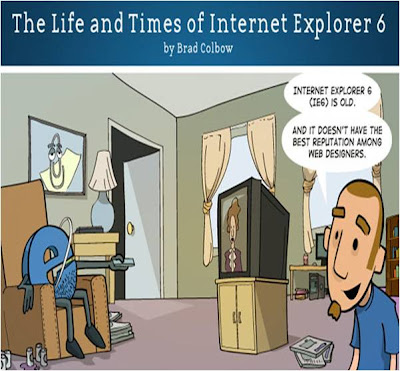 Have you ever had the same sort of problems with Internet Explorer 6 as we have?

Then you will find this comic strip really amusing or at least it will resonate with you if you have completely lost any sense of humor when it comes to this most errant of all of Microsoft's illegitimate children.

It is written and drawn by Brad Colbow who lives and works in Cleveland, Ohio.  As well as being an uber talented artist he is the creator of a weekly web comic, called The Brads, which is about the trials and tribulations of two web designers who attempt to create a startup company.