Love Is An Island

It may be a little late for this year, but could there possibly be any more romantic a Valentine’s Day destination than an island shaped like a heart?  You may not think such a place exists but thanks to satellite and aerial photography we can now see them for ourselves. 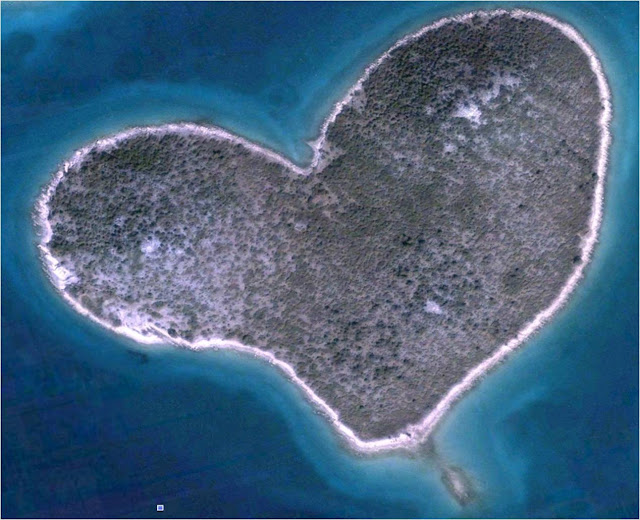 Our first destination is the tiny island of Galesnjak off the coast of Croatia.  It was only recently that Google Earth revealed its true shape and since then – as you can imagine – it has become a destination for the loved up of the Adriatic.  However, you may have to be a tad wealthy.  The uninhabited island can only be reached by chartered boat – plus you have to get permission from the owner.  So a weekend for two will probably cost you the major part of ten thousand Euros.  That is getting on for fourteen thousand US dollars.  Ouch. 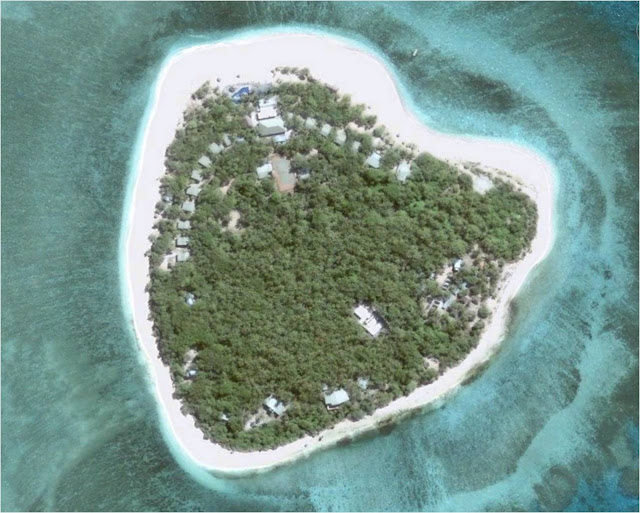 Possibly cheaper but by no means any more accessible is the tiny island of Tavarua in Fiji.  An absolutely beautiful coral island, you couldn’t get any more romantic than this.  As you can see from the picture, it is so small that the bures (beach huts) are visibly taking up a good percentage of its area.  Again, you may have to have a tidy sum in your bank account.  Flying from the west coast of the US you will pay over three thousand dollars for a seven night stay.  Worth every cent. 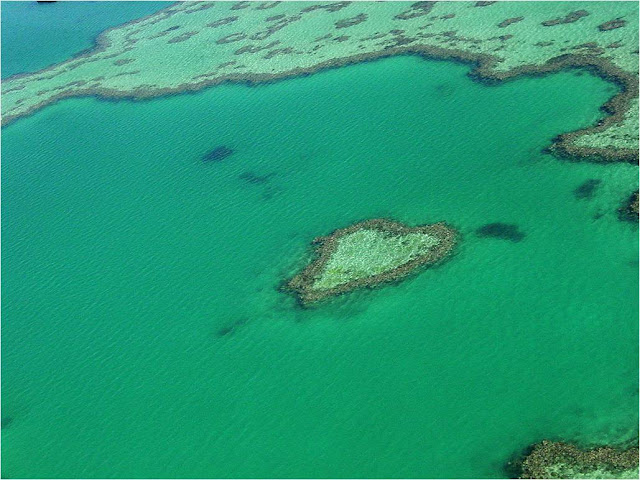 While not exactly an island, Heat Reef in the Whitsunday Islands off the coast of Australia deserves a mention here.  There is no way you are getting on that island but you can go for a snorkel around it.  If you can afford to get to Australia, then there is no better way of seeing the place from the air.  A helicopter flight will set you back around ninety dollars.  Worth every cent. 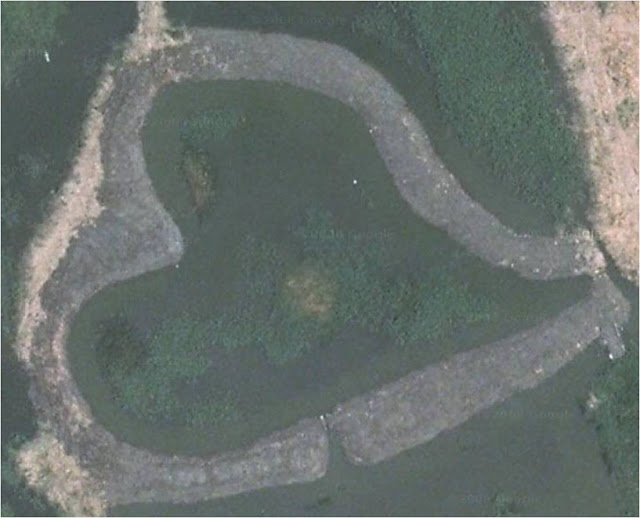 Finally in Taipei you can find the heart shaped lagoon above.  Was it man made or is this how nature intended?  Man made as it happens.  It was finished in 2004 and is known as the Guandu or double heart Wetland.  Romance is not dead, after all.
Posted by RJ Evans at 21:44
Labels: Islands, Love, Shaped, Valentines

I love the Croatian island, I will have to hint out loud...lol

I need to make more money to take my honey to these places!! Happy Valentines' Day, Sir