Sea Anemones: Who Said the Spineless Can't be Interesting? 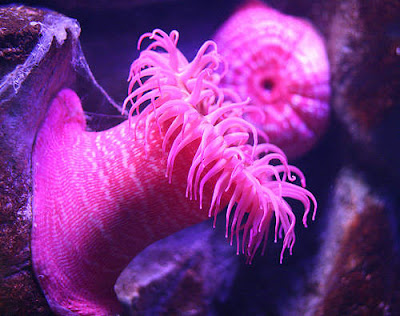 Hardly a day goes by without more news about how we as a species are spoiling it for the rest - and unfortunately this is no exception. Webphemera regular takes a look at the Sea Anenome in all of its resplendant beauty. One can only wonder about what the future holds for creatures like these. They may be spineless in reality but our lot do a good metaphor.


Sea anemones are one of the most exotic and fascinating creatures that inhabit our world’s oceans. Sadly they’re also one of the most exploited, according to estimates the current estimated value for the import of marine fish and invertebrates is at US $200-300 million. So what exactly makes this spineless creature so amazing?