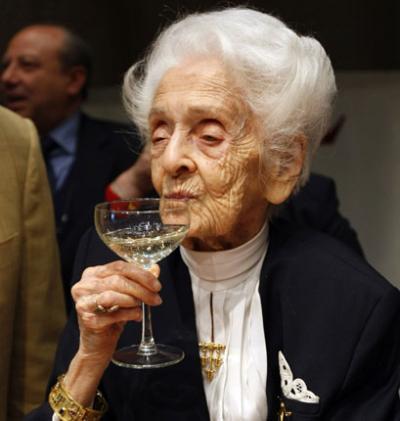 Late April saw the one hundred and first birthday of a remarkable woman. As the oldest living recipient of a Nobel award, she still works every day and puts her remarkable longevity down to her own 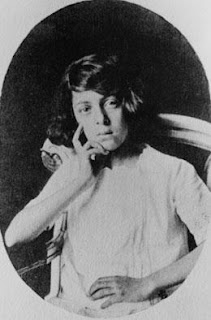 discovery – NGF (Nerve Growth Factor). So astonishing is her vitality at her centenary year that many have asked the question – does this woman have the secret of eternal life? Not only that, as a Jew her own life took many dramatic turns in the Europe of Hitler and Mussolini. It is a life which, if depicted in a movie, would have many people incredulous that the makers would think they could get away with something quite so unbelievable.
Her discoveries almost never happened. Her father, Adamo Levi, believed in the Victorian idea that women were not meant to go in to the professions and as such forbad his daughters to enroll at university. He relented finally when his daughter was twenty and she graduated with a summa cum laude degree in Medicine and Surgery from Turin University in 1936.
This was the same year as the infamous 1936 Berlin Olympics when African-American athlete Jesse Owens thwar 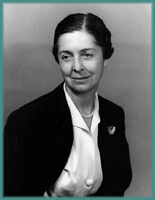 ted Hitler’s plan to display Aryan superiority to the world. It was a plan in which Levi-Montalcini, as a Jewish-Italian, was later to be caught up. Inspired by the Nazis, the Laws of Race laid down by Mussolini in 1938, she was effectively barred from her postgraduate academic work in Italy. She worked in Brussels for a time but had to flee Belgium on the eve of the German invasion in 1940.
Returning to Turin, she was forced to conduct her own research and remarkably managed to build her own research unit in her bedroom where her research in to nerves properly began. Her old tutor from university, Giuseppe Levi, another person in flight from the tidal wave of Nazism flooding Western Europe, joined her shortly after, ironically as her assistant.

Turin was destined to be bombed by Anglo-American forces in 1941 but undeterred, Levi-Montalcini moved to a cottage in the countryside outside of the city and rebuilt her laboratory there – resuming her experiments till the Fall of 1943. Her work was interrupted yet again by the German invasion of Italy in 1943 which forced her to flee to Florence. It was there that she lived underground until the end of the war.
When Florence was liberated by the allies she was employed as medical doctor. Assigned to a refugee camp she dealt with the thousands of refugees escaping the still raging war in the north. Levi-Montalcini fought epidemics of disease at this camp, sharing the imminent danger of death from such illnesses as abdominal typhoid with her countless patients. 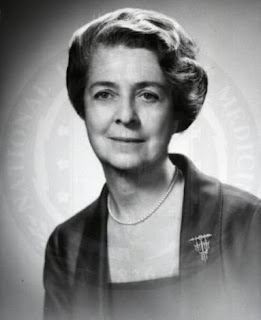 Resuming her academic position at the University of Turin at the conclusion of the war, Levi-Montalcini was invited in 1947 by Viktor Hamburger. Like many scientists, the cessation of hostilities in Europe led her to America, to the city of St Louis. The proposal there was a repetition of the experiments she had performed on chick embryos year later. She accepted the position and the rest is history, both literally and metaphorically. Planning only to stay for the duration of the initial experiments, which was ten months, Levi-Montalcini would remain in the United States until 1977.
In 1986 she was awarded the Nobel Prize for medicine for her research in to NGF. Specifically, she studied the amino acids and proteins in cells which enable them to grow. The studies also involved the specialization of these elements of cells. Her vitality today, amazing for a lady of such advanced years, may well be down to NGF. 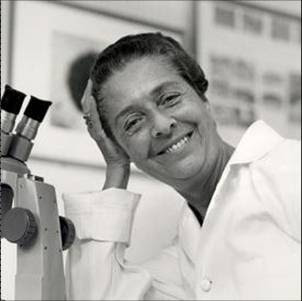 Every day, Levi-Montalcini, doses herself with eye drops, which is not unusual when people grow older. However, her eye drops are special. They contain NGF. It emerges that the molecules have a direct impact on brain function. NGF helps neurons to survive for much longer. As neurons in the brain start to be lost during our teenage years, it is thought that the eye drops have helped Doctor Levi-Montalcini to retain her neurons and their related activity much longer than the average person. Present findings indicate that eye NGF application may represent an alternative route to prevent degeneration of NGF-receptive neurons involved in disorders such as Alzheimers and Parkinsons. 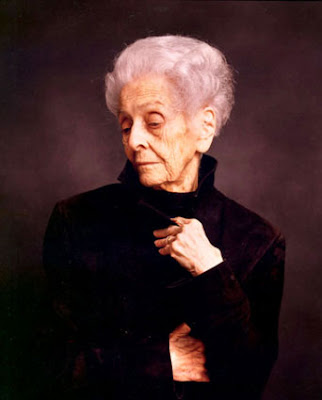 As someone who suffered under the far-right regime in Italy in the thirties and forties, if Dr Levi-Montalcini is capable of feeling the joy of revenge then it came in 2001 when she was made a senator for life in her native country. Between 2005 and 2007 (when 98 years old) she played a pivotal role in keeping the center-left government afloat and earned the chagrin of the right-wing opposition. This time, however, they could not persecute her or bomb her.
Doctor Levi-Montalcini, we salute you.

An amazing woman! She looks so graceful and elegant still. Interesting article.

An amazing, incredible person- I have a new heroine...

OKaaay....where are these eyedrops and why haven't they been picked up by "big PHARMA"?
I mean she is a Nobel right...? Of course, if big Pharma thought everyone would live to 136 their profits might go down a tad wouldn't they? But:

"As someone who suffered under the far-right regime in Italy in the thirties and forties,..."

NAZI's and Mussolini far right wing? The last time I checked, the Z in nazi deutsch means "socialist" just a little to the left of center. Quit bending 'em Beckham...jeeshe, isn't there enough propaganda out there?

Anonymous, I think you are may be American as you guys tend to get this one wrong all the time. Socialist = left wing. National Socialist = extreme left wing.

Regarding the term "Socialist" in the National Socialist party:

North Korea is called the Democratic People's Republic of Korea. It is not a republic, and it certainly is not democratic. Just because the term "socialist" is in the name, doesn't mean it has anything to do with the actual definition of socialism whatsoever.

Why the hell wouldn't they want people to live to 136? A) They are people too, and B) That means 136 years of buying their products. Think for a moment. Pharmaceuticals are not a single entity, they are in competition with each other. They can only sit on a development for seven years before their patent runs out and everyone has access to it. If they develop an effective drug, they have to have it marketed, period. They spend too much on it to just let everyone else have access to it.

I met Rita in 1949 when she was working with Victor
Hamburger @ Washington University. As a student,
in a related area, I marveled at her ability to ask
unexpected questions that led to important answers.
Her personal charm and kindness to students made
her stand out as a model of a scientist and a real
human. The world is fortunate that she is still able
to contribute.