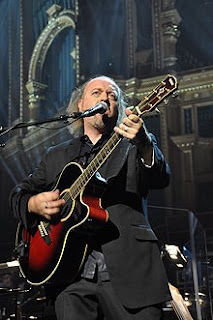 Bill Bailey.  If you do not know him, take a look at him.  Seek him out.  Worship.  Seriously, the last bit is probably the opposite of what he would want (well, who can say) but this has the comic at his best.


This English stand-up comedian, musician and actor is much loved in the UK but has yet to gain a truly intenational reputation.

As well as his (and decidedly experimental) extensive stand-up work, Bailey is well known for his appearances on the British comedy shows Have I Got News for You, Never Mind the Buzzcocks, QI and Black Books.

Bailey was placed by The Observer newspaper as one of the 50 funniest acts in British comedy in 2003. In 2007 and again in 2010, he was voted the 7th greatest stand-up comic on Channel 4's 100 Greatest Stand-Ups.